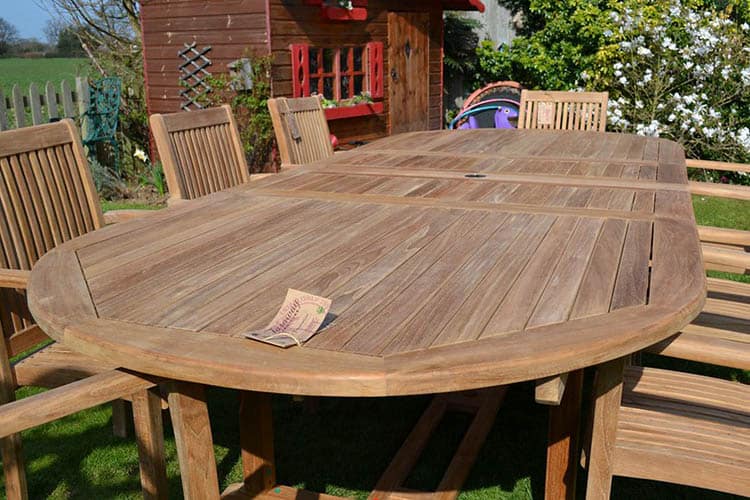 Teak wood (Tectona grandis) is native to Myanmar (formerly Burma). We call the original teak “Burma teak” even today, and it primarily comes from that country. In the present day, we get teak wood from many other south-east Asian countries. Indonesia is another country that has taken the teak industry to the next level. Teak enjoys the status of being one of the most sought-after species of wood.

With the introduction of governmental restrictions in Myanmar and other teak-producing countries, there has been a sharp decline in teak logging. As a result, this wood has become rare and expensive. In this post, we examine teak and the factors that make it one of the most prized wood species across the world.

You might ask yourself the question, “Why is teak so expensive?” The information provided here should answer this question and any other questions you may have about teak. Let’s get right into it!

A Brief History of Teak

Did you ever wonder about the story of teak? Well, here’s an outline of how teak played a role in helping humanity since ancient times. We can trace the use of teak as far up to 2,000 years ago. It was discovered during an archaeological dig in a place called Berenice Panchrysos in ancient Egypt that exists in present-day Sudan in Africa.

During the 7th century, wealthy people started to use teak in their homes, and the wood began to earn a reputation as a durable material for furniture and building houses. The Dutch popularized the wood when they colonized Indonesia. They built ships out of this wood, which they found suitable due to its resistance to rot.

The Chinese also used teak about 600 years ago during the Ming Dynasty and made ships from teak. In this era, they tried to reach to the edge of the world by sea, but instead, they merely managed to circle the globe several times!

Teak was the preferred choice of shipbuilding material of the Chinese because of its durability. They cured it by keeping it buried in moist soil for several years before constructing their ships.

Teak is so durable that people recycled the wood of salvaged ships for flooring and furniture after World War II. From the 1800s onwards, the popularity of teak spread around the world. As it became more and more popular, its cultivation also began to spread to other countries.

Although teak was native to India and a few south-east Asian countries like Myanmar, Thailand, and Laos, by the 20th century, cultivators began growing it in African countries and some countries in Central and South America.

Why Is Teak So Expensive?

Teak is one of the costliest types of wood on the market. It is both elegant and durable. Teak wood survives in the sun as well as in a marine environment. It shows adequate resistance to shrinkage, splintering, and warping. Thanks to the natural oils that teak produces, it also has a fair degree of resistance to insect attack. The wood also contains silica, which makes the wood dense. It is why shipbuilders use teak extensively to build vessels.

For the same reason above, teak is an ideal choice for outdoor furniture. In time, teak weathers to become a silvery-gray color. Although outdoor teak furniture may have some finish applied to it, you don’t need to maintain it as much as some cheaper wood types.

Your outdoor furniture or wooden patio will last for several years. Some of the caves discovered in Western India date back to 2,000 years ago, and the untreated teak wood used there is still surprisingly intact. That is a prime example of how durable teak wood can be.

Over the years, due to over logging, there was a disruption to the teak wood supply. However, countries like Indonesia stepped in to control the indiscriminate exploitation of teak forests. Since the mid-20th century, the Indonesian government has been running a corporation dedicated to managing this precious national resource. A fixed number of trees are felled each year, and the harvested trees are proportionately replaced.

However, since teak is not always easy to come by, it is in so much demand that it can be quite expensive. The wood cost depends on many factors like the way it is cut and the part of the tree from which it comes.

Teak trees grow to great heights, and the average one can reach 50 feet in a few years. However, the tree takes about 50 years to mature. Teak cultivators have experimented with reducing the rotation of teak to 40 or even 25 years.

Although the cultivators aimed at sustaining timber quality, harvesting teak at less than 50 years produced smaller and lighter logs. The grain of the resultant wood was wider than wood processed after 50 years. In short, the consequent wood from these experiments was inferior.

Although wood from younger trees was not at par with the wood from 50-year old trees, it was still more durable than other wood varieties. But there was a tendency to warp and crack with insufficient curing because of the immature wood. It is the limitations on the supply of teak that makes adds to its high value.

When you shop for teak wood, you need to be very careful, or you might end up paying a lot for a wood that is not genuine teak. You will see many companies listed on the internet that advertise teak wood and furniture. They all offer great deals at amazing prices but do not get swayed by such sales talk.

If you look at the fine print, such companies’ product descriptions will use names like “teak-like wood” to describe their product. This indiscriminate practice is rampant in the region of the Southeastern United States. The wood that these companies are selling at “unbelievable prices” may be teak sapwood rather than the solid and robust teak hardwood.

Or, the wood that these companies sell you may be Nyatoh wood. Nyatoh is an exotic hardwood but does not have the hardness or durability of teak. It dries slowly, splits easily, and has low resistance to insect attack.

Other varieties with similar characteristics to teak are American cherry, American walnut, Japanese oak, African mahogany, Western red cedar, and white pine. Some indiscreet traders sell these varieties in the guise of teak.

How to Know Whether Teak is Genuine

Many companies thrive on the ignorance of their customers to sell wood that is not genuine teak. Use these tips ensure that the wood you buy is the real thing:

Look for a golden-brown to dark brown wood heartwood of the tree. The sapwood of teak is lighter and less durable.

Some traders may stain the wood to hide its actual color. Ask if the wood has been stained and if so, this is the first red flag of spurious teak. Original teak does not have to be stained while selling it as raw material.

Genuine teak has a straight grain pattern. You should see straight lines of slightly darker color along the length of the wood. A slight waviness may occur if the wood is cut differently. But if you don’t see a straight-grained surface, you need to investigate further.

Teak has a distinct, pungent, resinous, and leathery smell. If you have been working with teak for a while, you should recognize this smell. It is a quick and easy way to identify genuine teak.

Compared to many other species, teak has the highest density. It means that when you pick it up, it should feel heavy in your hand. Teak is much heavier than MDF or particleboard.

On placing a drop of water on teak, the wood absorbs very little. Most other woods absorb water readily, at least, much faster than teak.

Teak is undoubtedly the “King of the Woods” as it is popularly known. It is far superior to other wood species in a variety of different ways. It has stood the test of time, playing a significant role in woodworking since ancient times. Not many other wood species can match the good looks and durability of teak.

Today, teak is an expensive wood species, and you may not be able to procure genuine teak wood quickly. Every woodworker endeavors to be able to work with teak and benefit from its unique and superior characteristics. Knowing how to identify real teak is a fundamental requirement of any good woodworker.

We hope that you have enough information about teak to identify good-quality, genuine teak when you see it. If you can do that, you will prove your credibility as a competent woodworker.