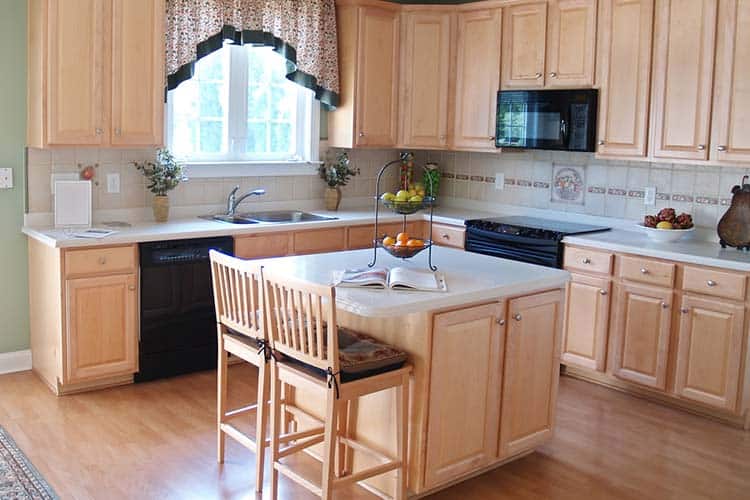 Maple is an extremely strong variety of wood with some very desirable properties. There are several species of maple, of which you will find over twenty species widely growing in the United States and Canada.

Maple wood plays a prominent role in making furniture, flooring, paneling, and other woodworking applications. The most common species of maple in the United States is the sugar maple, but many other maple species also make good lumber. Whichever wood species you use, you get durable wood that looks good.

You may recall the maple leaf features on the Canadian national flag. Another interesting fact about maple is that other than providing lumber, it makes maple syrup.

The sapwood of maple is pale with an apparent, straight grain, making it a viable choice for several woodwork applications. The two main species of maple in the United States are hard maple and soft maple. Here are the common types of maple wood:

Several types of maple wood are found in the United States, but not all of them are used for lumber. Several maple trees serve ornamental purposes. Here are some of the species that we usually use for woodworking: 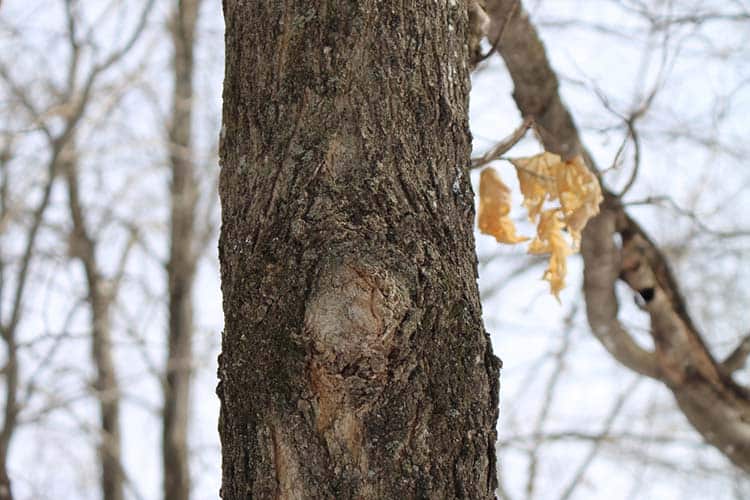 We also call hard maple sugar maple or rock maple, and we get maple syrup from the hard maple tree. Considered the king of maples, it is harder, stiffer, and denser than other maple species in the United States.

We use hard maple for making flooring for bowling alleys, basketball courts, and dance floors. It also makes musical instruments, packing boxes, baseball bats, workbenches, turned objects. We also use it as pulpwood for making paper.

Although the word “soft” is part of this wood’s name, it is not soft by any means. Soft maple has a hardness and density close to black walnut or black cherry. We use the word “soft” as it is softer than hard maple but it is a fairly hard wood.

As this wood is softer than hard maple, you will find it easy to work with it using hand and machine tools.

Soft maple is actually not a separate species of maple. It is a sub-species of Acer saccharum. Most soft maple makes good furniture and flooring, just like hard maple. 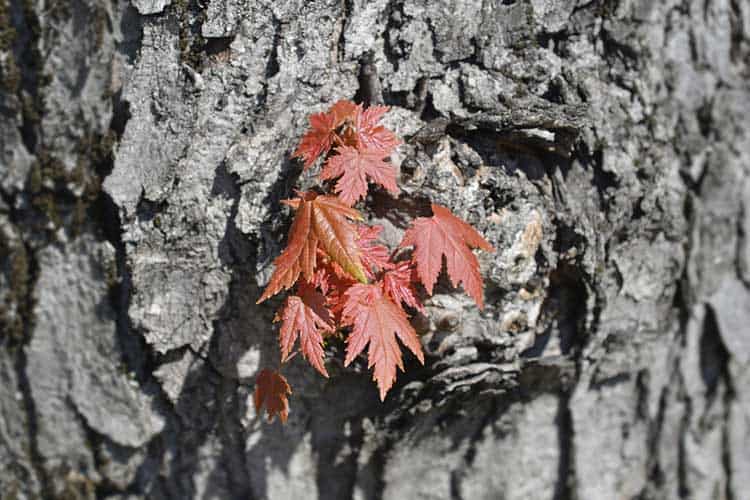 The leaves of silver maple trees have pale, silvery undersides, which gives it the name “silver maple.” The leaves are very different from silver maple, and it is one of the lighter and softer varieties of maple wood, therefore considered weaker. 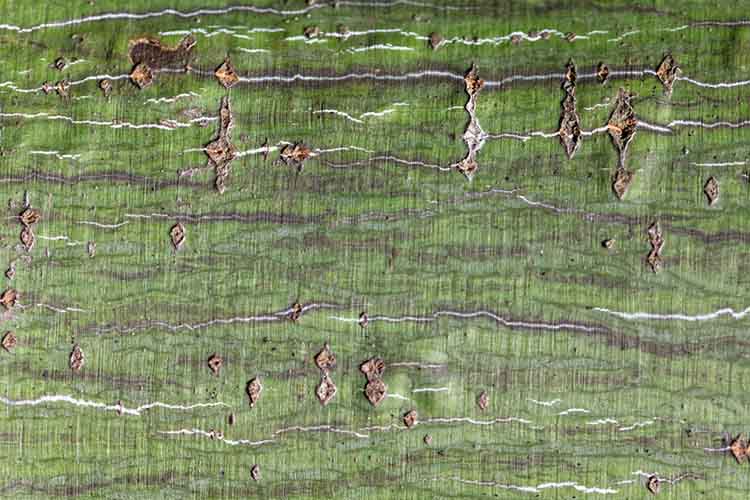 Striped maple gets its name from its distinct green-striped bark. It is a smaller tree than other maple trees, and tree trunk diameters measure out in inches rather than in feet which is an uncommon measurement for lumber.

It is lighter, softer, and weaker than many of the other species of maple.

Here is a smaller tree that yields hard lumber and competes well even with hard maple. It is surprisingly among the heaviest and hardest maple species. One interesting fact about this particular species is that famous violin maker Antonio Stradivari used this wood to make his renowned violins.

Bigleaf maple gets its name from its large leaves – the largest maple species. The leaves can reach up to 12 inches long.

It is a commercial form of lumber in the United States, particularly in the West Coast region, where only this species of maple grows.

Bigleaf maple comes under the category of soft maple as it is weaker, softer, and lighter lumber than the hard maple groups. 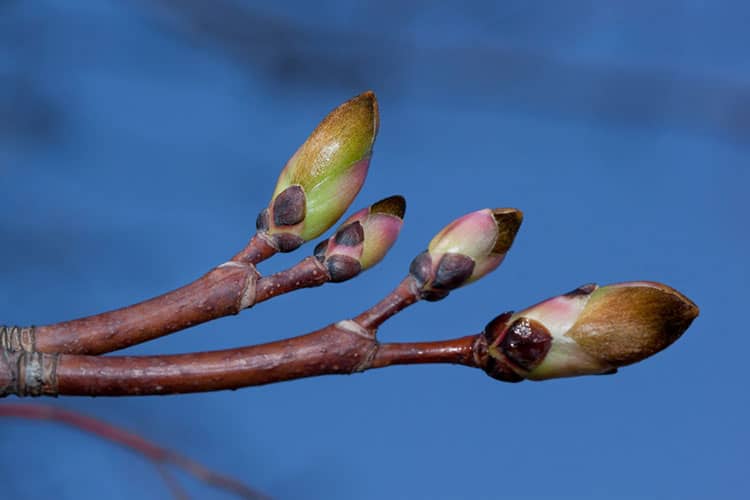 Black maple is a close relative of hard maple and, in many woodworking species considered as a sub-species of hard maple, Acer saccharum. You can distinguish the two trees from each other through the shape of the leaves, which are widely different from each other.

We use black maple for the same purposes as hard maple, which is for flooring, furniture, cutting boards, butcher blocks, sports equipment, and workbenches.

Red maple gets its name from its red seeds, twigs, and flowers and the color of its leaves during autumn. It is a very common tree that grows in the eastern region of the United States.

The wood is slightly heavy, strong, and hard – harder than most soft maples but softer than hard maples. 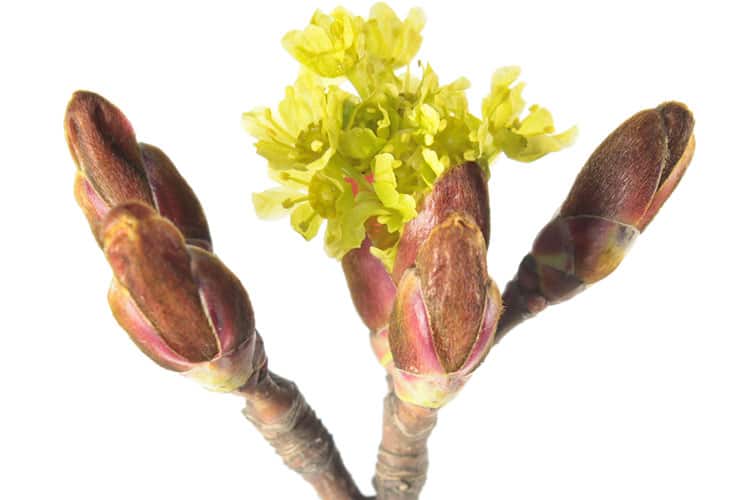 Norway maple is used as a shade tree throughout the United States. These trees were grown to replace elm trees that perished at touch elm disease during the 20th Century.

It is a fast-growing wood, and in fact, it is an invasive species in the United States. Norway maple is famous for making old Italian violins like the Stradivarius violins.

We also use it for making turned objects, veneer, packing boxes, crates, pallets, and we use it as pulpwood for paper as well. 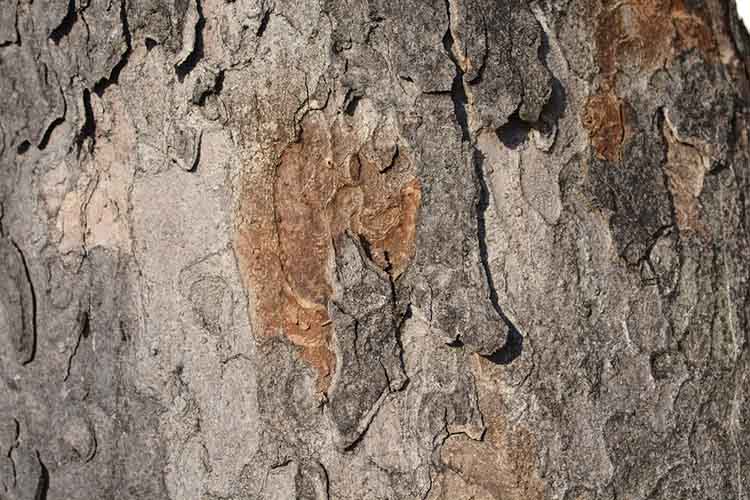 Sycamore maple is a moderately hardwood and relatively easy to work with. We use it for crates, pallets, packing boxes, veneer, turned objects, and small specialty wood items.

As the name suggests, Pacific maple trees grow in the region of the Pacific islands, and you will also find them in Southeast Asia. However, it is not a true maple because it does not belong to the Acer genus. But we include it under the category of maples, and the term “Pacific maple” has become an international trade name.

You could consider Pacific maple as a cross between certain mahogany and Spanish cedar varieties. Visually it looks like mahogany but doesn’t possess identical physical aspects of that wood.

Here is another wood that is not a true maple, as it doesn’t belong to the Acer genus. It comes from the Rutaceae family. Queensland maple has many genera from the citrus family as well.

We use Queensland maple for making gunstocks, veneer, cabinets, and various types of furniture.

Maple Classified According to Woodgrain Pattern

Curly maple is also known as Fiddleback maple, tiger maple, flame maple, or rippled maple. It gets its name from the ripples in the grain, and you will observe a three-dimensional effect that gives it a unique, curly pattern. It gets the name “Fiddleback” because it was historically used to make the backs and sides of fiddles.

You will find a most pronounced pattern of curly maple in quartersawn boards. Curly maple costs slightly more than regular maple due to its unique patterns. But you can get different grades which include some cheaper options. 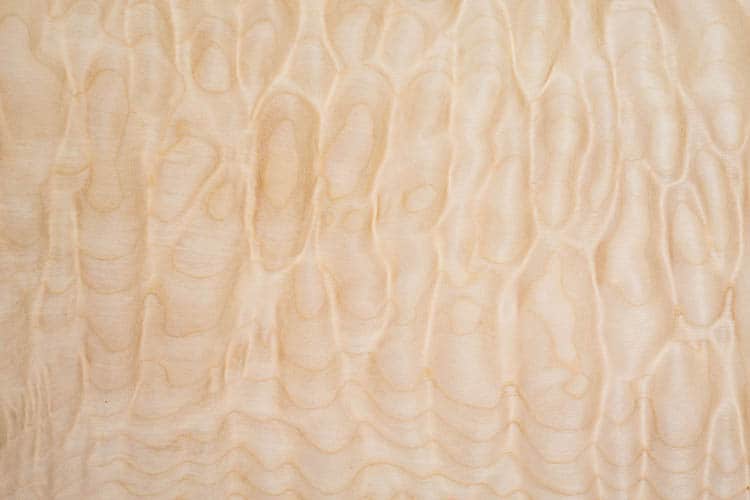 Quilted maple is also known as blistered maple. It gets its name because it looks like the patchwork patterns on fabric quilts. It bears similarity to Birdseye maple, and it is most pronounced in flatsawn boards.

You can get different grades of quilted maple depending on the extent of the quilt patterns. Quilted maple plays a significant role in making the tops of electric guitars and comes at quite a high price. We commonly dye this wood in psychedelic colors to match the guitars that it adorns. 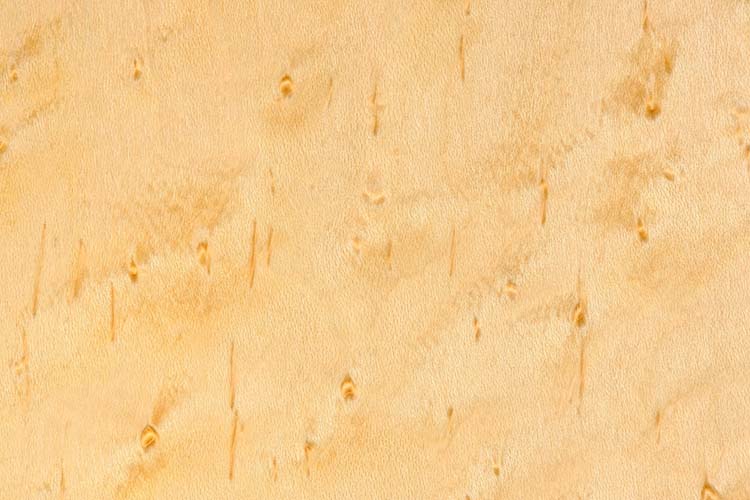 Birdseye maple is the most popular form of maple named by its woodgrain pattern is so named because it contains minute knots that resemble birds’ eyes.

These knots form due to irregular growing conditions. It is very common to find Birdseye maple in veneer form. But you can get it as solid lumber as well, and Birdseye figuring is most prominent in flatsawn sections of maple. 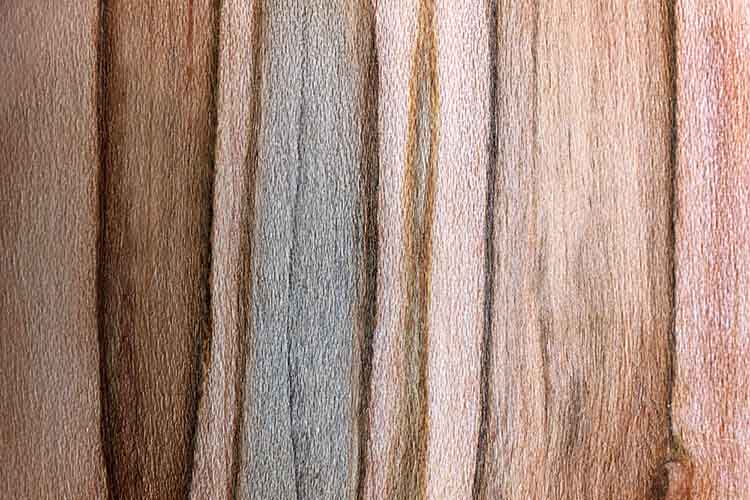 Ambrosia or wormy maple is a maple that is discolored due to fungal infections caused by the ambrosia beetle. The beetle bores into the wood and creates a channel that becomes discolored and stains the surrounding wood.

Ambrosia maple resembles spalted maple but in this case, the pattern revolves around the boring routes of the beetles.

You can take advantage of these patterns to bring out interesting color variations and patterns. But you have to take care while finishing the wood because you need to fill the entry and exit holes of the beetles. 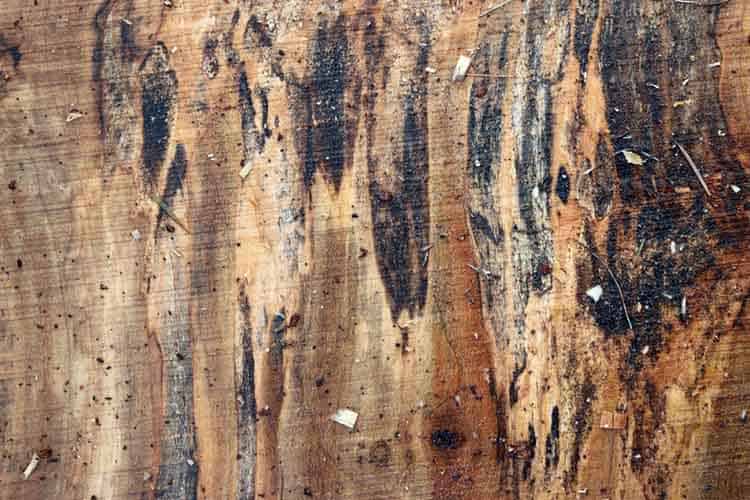 Spalted maple is also known as black line maple is another very popular form of maple discolored due to fungal infections. The wood begins to decay but is then dried to prevent further decay.

We call this decay process “spalting” which causes wild lines and streaks in the wood grain pattern. You need to select spalted maple carefully because it tends to include sections of rotted wood as well.

You get spalting in other species like sycamore, hackberry, beech, hickory, birch, mango, and tamarind. However, it is most commonly found in maple wood.

Maple is one of the most widely-used forms of lumber in woodworking in the United States. But when you consider using maple in any of your woodworking projects, it is worthwhile to know the various types of maple wood that you can find and their applications.

We hope that the information provided here will help you to make a suitable choice for using the right type of maple in your next woodworking project.