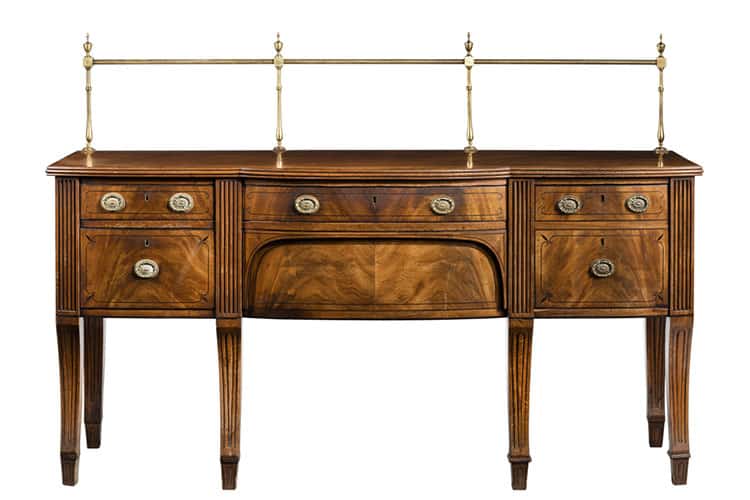 Mahogany is a baffling wood in that your quest for genuine mahogany can be a challenging task. You may come across wood stamped as mahogany, only to find out later that it is a mahogany alternative.

Finding the real deal in mahogany can be somewhat elusive. Mahogany occupies an aristocratic position in the woodworking world. However, genuine mahogany is expensive and scarce. In addition, some woods resemble mahogany and are passed on as types of genuine mahogany. Here we look at different types of mahogany wood and how to differentiate one from another. 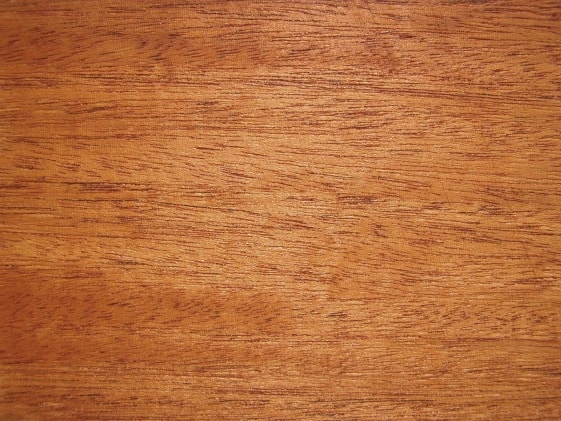 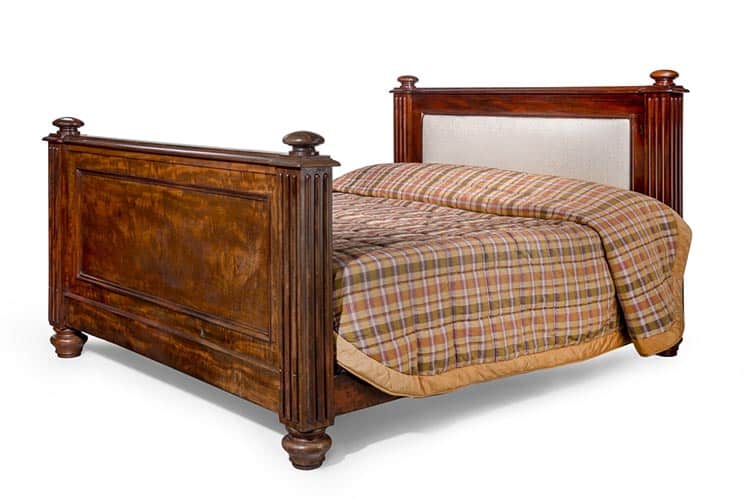 This wood can look plain or highly sophisticated, depending on where you use it and how you process it. Also, mahogany has a unique light-refracting property called “chatoyancy,” which adds a color-changing effect to the wood.

You will find mahogany an easy wood to work with, especially when sanding and machining. It is a wood of moderate hardness and a consistent grain structure, making it easy to work.

Mahogany shows a fair degree of resistance to rot. Its resilience is perhaps not that much as teak, but it resists rot enough to make it suitable for outdoors and in areas of high moisture levels. 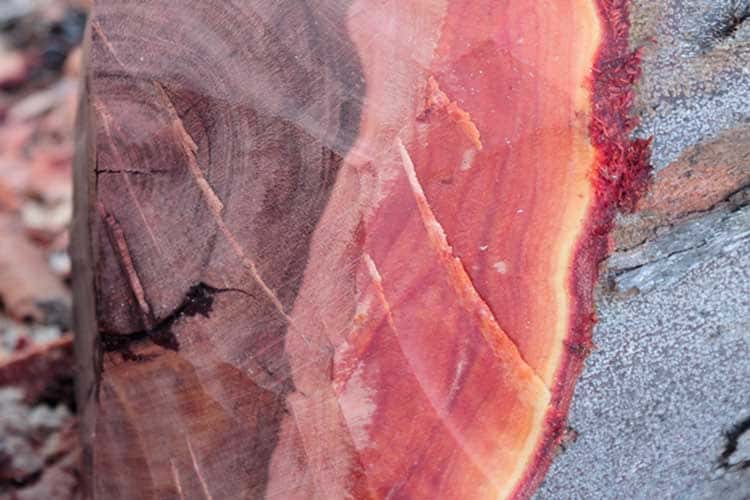 Due to the massive mahogany trees, you can get large sections of strong, defect-free lumber. It eliminates the need for too many joints in items and structures made of mahogany wood.

In this post, we classify mahogany wood types into three broad categories, the inner circle, the outer circle, and the periphery. A fourth category includes woods that resemble but are NOT mahogany, which you can still use, but not as mahogany.

You will find all the characteristics described above in the Swietenia genus, and you can consider all the species that fall under this head as genuine mahogany. There are three primary species:

We consider Cuban mahogany to be the original mahogany. People extracted massive quantities of lumber from these huge trees. However, over-harvesting led to a depletion of this wood and the subsequent banning of its export from Cuba in 1946. 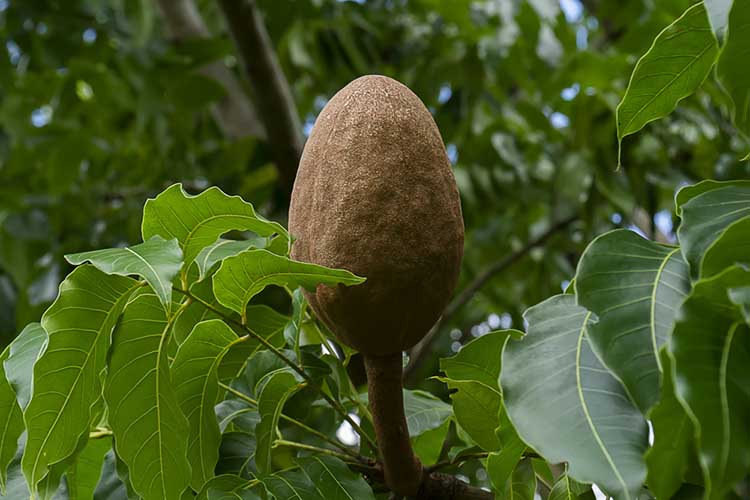 Similar in almost all aspects, Honduran mahogany shares the characteristic of Cuban mahogany. Unlike Cuban mahogany, however, this species grows on plantations under controlled conditions.

It comes under several names like American mahogany, Brazilian mahogany, Genuine mahogany, and Big-Leaf mahogany. All these common names refer to the scientific name of Honduran mahogany Swietenia macrophylla.

Mexican mahogany comes from a much smaller tree than the species we mentioned above. The quality is also poorer than the other varieties due to frequent knots and irregular grain patterns.

Despite the difference in quality, Mexican mahogany is still a superior form of wood, exhibiting the typical characteristics of Swietenia. The final quality of the lumber for all the species depends on the growing conditions. It also depends on how it is cut. 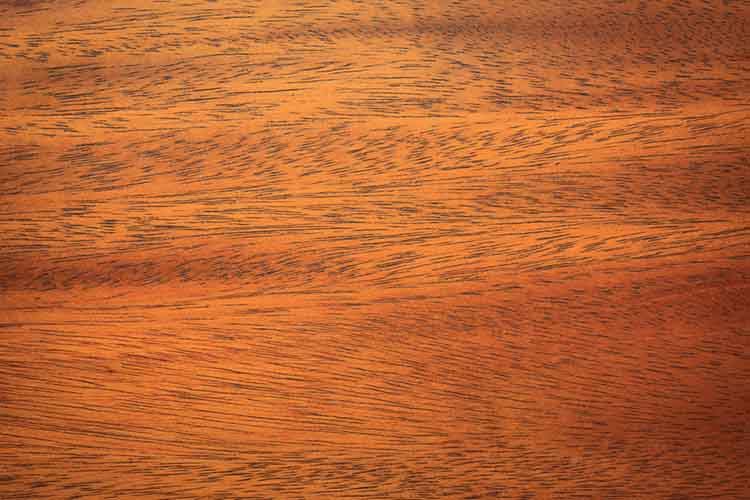 However, you can distinguish it from other species by following a few specific guidelines: 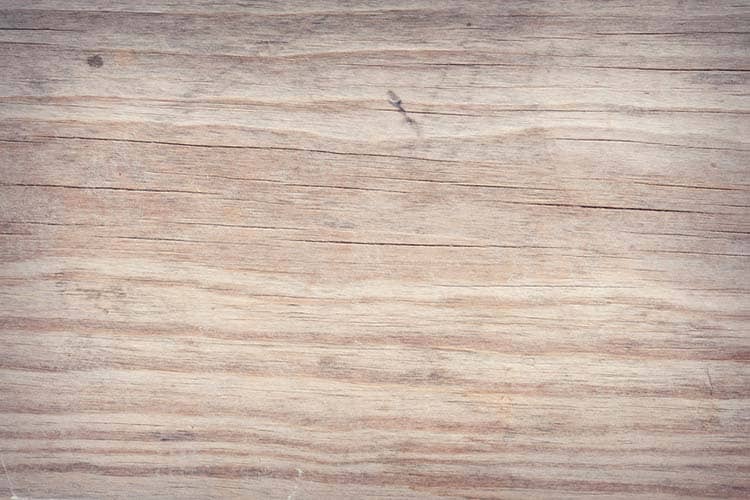 A collection of species come under the name of African mahogany, such as Khaya anthotheca, Khaya grandifoliola, Khaya ivorensis, and Khaya senegalensis.

Although the above species belong to a different genus, they belong to the same family as mahogany, the Meliaceae family. Both types of wood are so similar that it is difficult to distinguish one from another except, as we mentioned, on the cellular level.

The similarity extends to the very large trees and similar quality of lumber you can get in size and shape. African mahogany, however, tends to have a more interlocking grain pattern than the Swietenia species, resulting in a tendency to tear-outs.

But, despite African mahogany’s minor shortcomings compared to the Swietenia species, the wood is still easy enough to cut and machine.

Mahogany members of the periphery group are those wood species that neither belongs to Swietenia nor Khaya genus, but to the Meliaceae family. Nevertheless, they exhibit similar characteristics to mahogany.

Utile, also called sipo or sipo mahogany, shares many similarities with mahogany. The wood also resembles mahogany, albeit a bit darker. The only reason for the limited popularity of this wood is probably a lack of knowledge of its existence.

Although utile does not have the high degree of dimensional stability of genuine mahogany, it is much more dimensionally stable than many other hardwoods.

Sapele also comes from very large trees and has great looks and exceptional mechanical properties like mahogany. The difference is that it is darker and heavier than genuine mahogany. In addition, it has a more heavily patterned wood grain which makes working with it a bit more challenging than mahogany.

Bosse has a similar grain pattern and color as mahogany, and the mechanical strength, weight, and dimensional stability are also similar to mahogany. However, Bosse differs from genuine mahogany in its widely fluctuating grain that can be highly interlocked or figured.

It is also not easily available and proves to be less comfortable to work with. As a result, it ends up being used for decorative wood and making veneer. 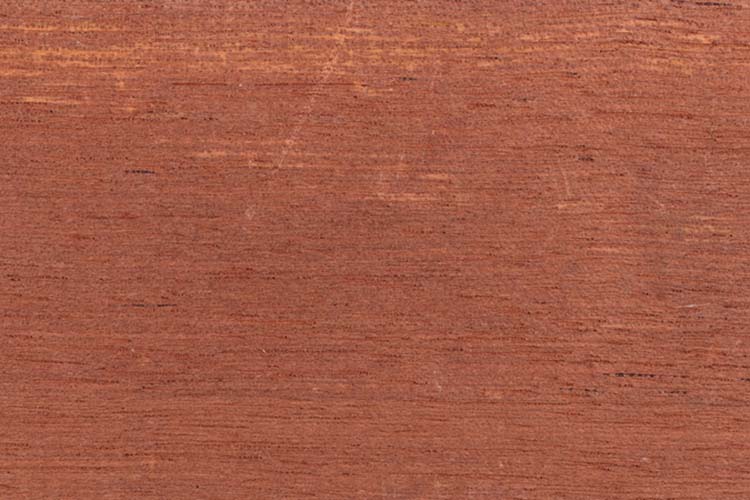 This wood shares similar grain patterns with genuine mahogany. The wood is paler, possesses adequate dimensional stability, and is an easy wood to work with.

The primary difference between Spanish cedar and genuine mahogany is that Spanish cedar is paler, lighter and softer, and gives off a distinct odor. As a result, many woodworkers will not consider Spanish cedar as a viable alternative to mahogany. 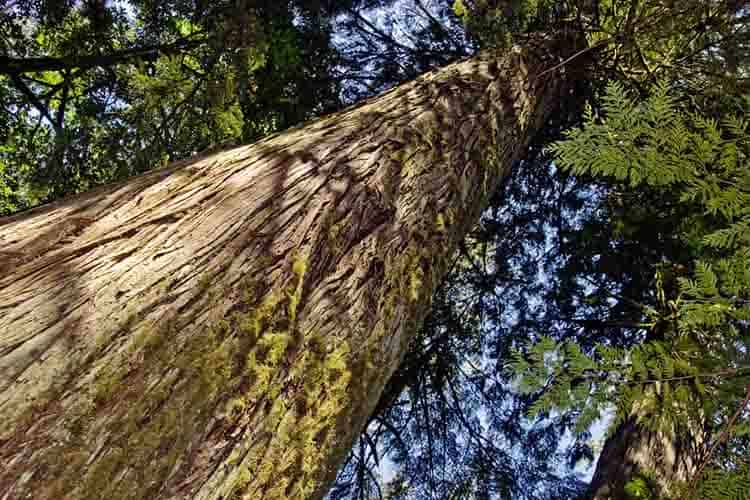 We sometimes call this wood Indian mahogany, but Americans refer to it as Australian red cedar. It once belonged to the Cedrela genus with Spanish cedar. Both kinds of wood share similar characteristics, but Australian red cedar tends to be more reddish. 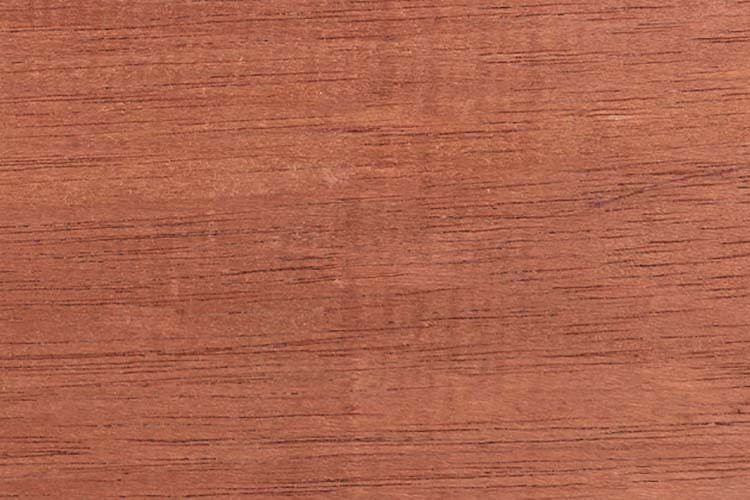 This wood shares several similarities with genuine mahogany, and traders often sell it as “royal mahogany.”

Andiroba makes good flooring. It is a robust wood, a bit difficult to work with, but possesses significant dimensional stability.

Andiroba, although underrated and obscure, makes a viable alternative to genuine mahogany. 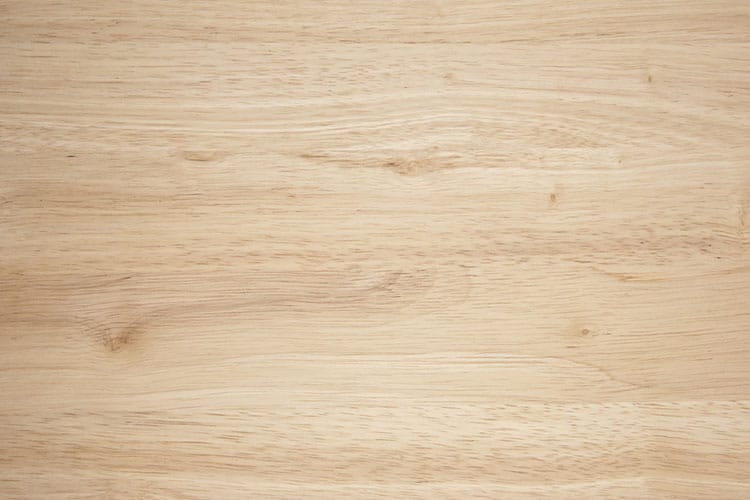 We also call this variation of mahogany “white mahogany. Avodire exhibits similar grain patterns, weight, and mechanical properties to genuine mahogany. It has been described as a “blonde” version of African mahogany.

Avodire is much lighter than genuine mahogany and has low durability for outdoor use, limiting its use. In addition, the interlocking grain pattern can make this wood a bit difficult to work with. 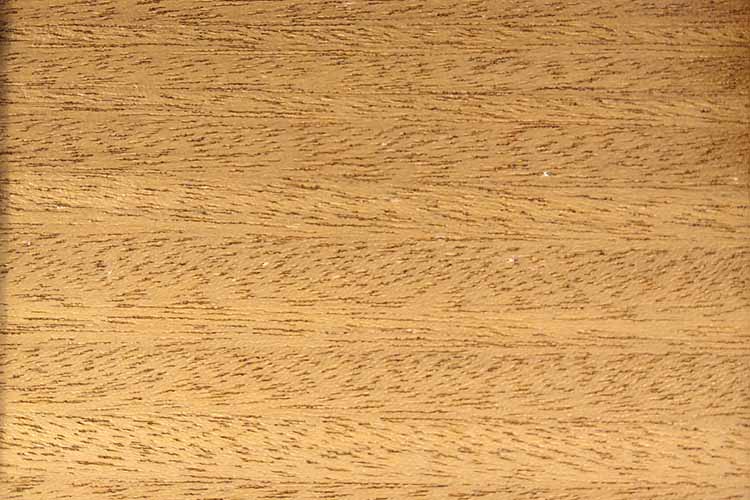 African walnut has no relation to the Juglans genus of the walnut family. However, the grain and density are similar to that of genuine mahogany, and it shares similar dimensional stability and mechanical strength.

The difference between the two kinds of wood is color (more variegated and streaked), and it is somewhat darker and more reddish than genuine mahogany. But, again, as in most mahogany substitutes, the interlocking grain makes it a bit difficult to work with. 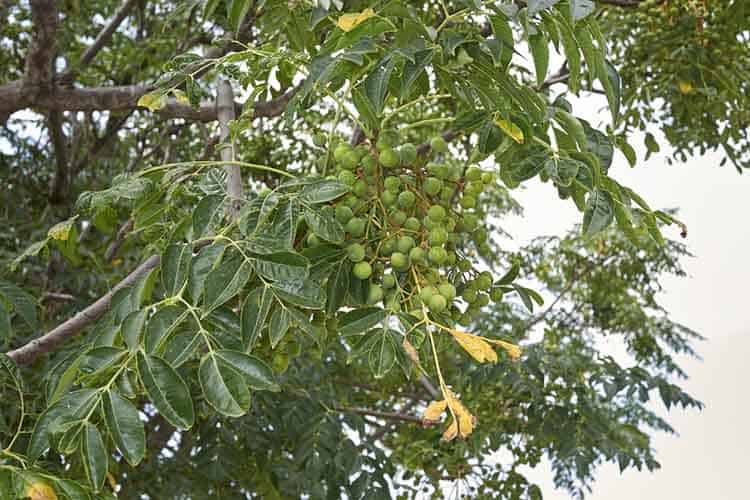 Here again, is an entry that belongs to the Meliaceae family.

Chinaberry has similar workability, weight, and strength properties. However, the grain structure varies from genuine mahogany due to chinaberry’s ring-porous heartwood.

Chinaberry is also not as dimensionally stable as genuine mahogany. Out of all the mahogany substitutes, it is probably the easiest to distinguish from the real deal.

The Outsiders (Not Mahogany)

A few wood species bear a superficial resemblance to mahogany – enough to earn its name. That said, many woodworkers would not be ready to deal with these so-called types of mahogany.

If you are looking for genuine mahogany or at least a slight variation, these wood species should be the last on your list.

This is a poor grade of wood, not in any way resembling genuine mahogany, and does not even belong to the Meliaceae family.

Philippine mahogany belongs to the Shorea species but is not even as rot resistant as genuine mahogany.

Lately, people call this so-called mahogany, lauan, or meranti, and we use it to make plywood.

You could consider Santos mahogany as more of a sales gimmick to sell wood rather than provide quality lumber. This wood is used for flooring but doesn’t; have much practical use for applications for which we use genuine mahogany. 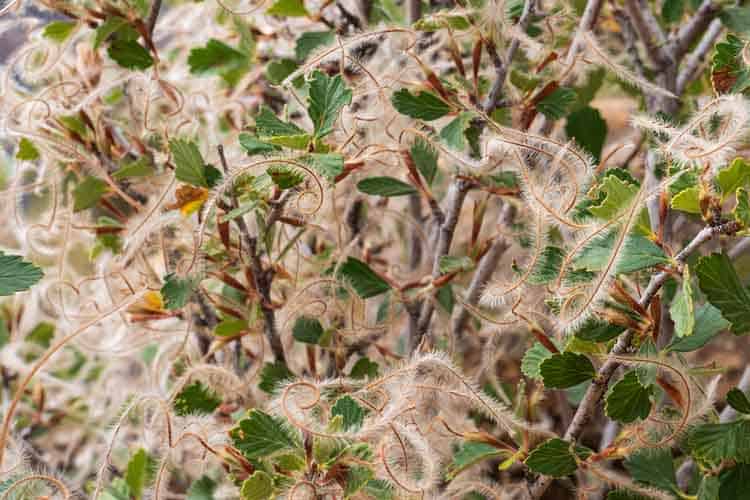 Mountain mahogany does not resemble genuine mahogany in any particular way. It is among the hardest and heaviest woods in the United States of America and is so dense that it actually sinks in water when dry.

Although this type of wood is dimensionally stable, it isn’t used commercially. 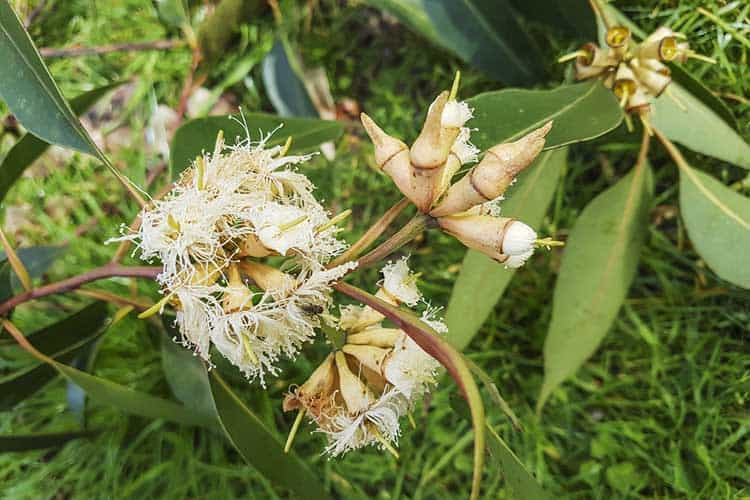 This wood belongs to the Eucalyptus genus. Swamp mahogany is heavy, dense, and difficult to work with. It does not have the durability and good looks of mahogany and is not a type of wood that you would choose for making even the most basic wooden items.

As we close this somewhat exhaustive post on mahogany, we hope to cover all the possible aspects adequately. Mahogany is a fine wood to work with, but as you have seen here, so many variations exist, and you need to know the difference.