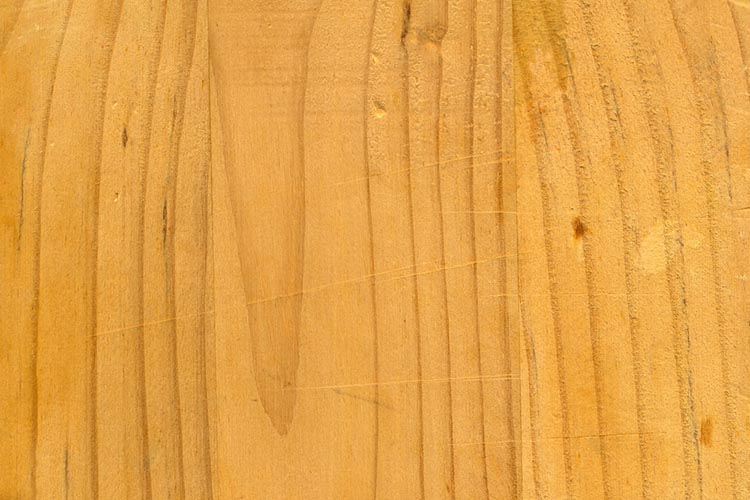 The fir species include a variety of softwood-yielding trees, but all of them aren’t used wood. Instead, people use many types of fir trees for ornamental purposes in landscaped gardens and Christmas trees. 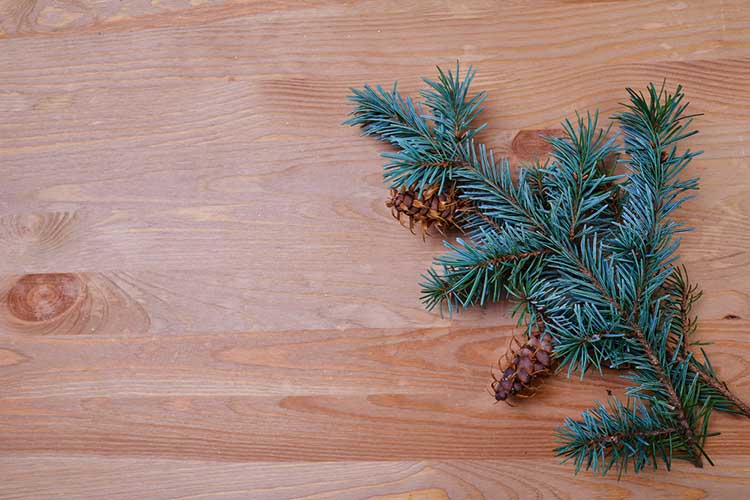 Sometimes it can be challenging to identify different fir trees. You may find western red cedar and spruce trees quite similar. In the same way, ponderosa pines can resemble spruce in several aspects. Here are a few distinguishing features that will help you differentiate one species from the other:

Fir trees are generally large and can grow to heights between 30 feet to over 300 feet. The trees have a characteristic cone-shaped profile with a robust, full base that tapers to a narrow tip.

You may not be able to make identifications from the bark. However, a young fir tree will have light grey bark, and it becomes furrowed and rough as it grows older.

The leaves are the main identifying character of fir trees and distinguish them from other coniferous trees. Fir trees are needle-shaped, and they grow directly from the trunk, and we call them needles. They have two white lines on the bottom.

The leaves are covered with a waxy substance that imparts a bluish hue to the needles. The leaves are normally notched and may be rounded or dull. They tend to be prickly and sharp but softer than pine tree needles.

Fir cones come in lengths of 2 inches to 10 inches, and they are cylindrical, standing erect on the branch. On maturity, they disintegrate and release winged seeds. The cones are green during summer and become brown, purple, or dark blue on maturity.

Now that we know more about the type of trees that we are dealing with when we talk about fir let’s take a closer look at the types of fir wood. Most fir wood is considered to be softwood. Here are some of the prominent types of fir wood:

Other names for Douglas fir are Columbia pine, Oregon pine, and Douglas spruce. It grows primarily in the western region of the United States. The trees grow up to 330 feet and trunks of up to 2 feet in diameter.

Douglas fir comes in three varieties – mountain Douglas fir, Mexican Douglas fir, and coast Douglas fir. The trees are well-known for their longevity and live for as much as 1,000 years!

The wood is a bit hard with a Janka hardness rating of 620 lbf. We neither consider Douglas fir as a true fir nor a pine, hemlock, or spruce. But the commercial value of each of these woods comes from Douglas fir, and they often get clubbed together as a single type of lumber called SPF (spruce, pine, and fir) lumber.

The wood has a creamy color that becomes a light to dark brown as it ages. It has characteristic growth rings and a straight grain pattern, occasionally broken with waviness and the surface has a natural luster.

The wood has a fair degree of resistance to decay than other varieties of fir. As a result, it is popularly used to make veneer, plywood, and wood joinery, and flooring for construction purposes. Douglas Fir is often compared to Pine when considering a woodworking project.

Also known as balsam fir, you will find these trees growing in Eastern and Central Canada and the northeastern regions of the United States. The trees grow to 65 feet, and they yield rich, green-colored needles. It is one of the fragrant varieties of Christmas trees.

There isn’t a clear distinction between sapwood and heartwood. The sapwood is pale and tends to darken with age. The wood grain is remarkably straight, with a medium to coarse texture.

You will find European fir easy to work with either by hand or machine. It has a medium-hardness with a Janka hardness rating of 400 lbf. But the wood does not have very high durability and is prone to decay. However, it takes stain and paints quite well.

We use European fir for construction and making pulpwood, plywood, and other types of engineered wood.

Fraser fir grows abundantly in the southeastern region of the United States (Appalachian Mountains) and different parts of Europe. The tree gets its name from a botanist, John Fraser, who conducted extensive research in the Appalachian Mountains in the late 1700s.

Fraser fir trees do not grow very tall and may grow up to 50 feet. Although Fraser fir does make timber, it doesn’t occupy much of a commercial role in the timber industry. However, the trees are coveted for Christmas trees and have been used in the Whitehouse for several decades.

Grand fir is a tree that grows primarily in the Pacific Northwest region of the United States. The trees are very tall and grow up to 200 feet.

The heartwood is creamy-white that turns dark brown as the tree begins to age. The wood has a straight grain with a medium to coarse texture, but it isn’t very durable with a Janka hardness rating of 490 lbf. The wood is, however, easy to work with.

We use grand fir in construction and for making plywood and pulpwood.

Himalayan fir wood shares similar characteristics to balsam and Fraser fir wood. The wood is light and doesn’t have high durability. The wood is quite soft with a Janka rating of 400 lbf. It is easy to work with and has several uses.

We use Himalayan fir in interior joinery, timber framing, flooring, building stairs, and for making boxes and crates. 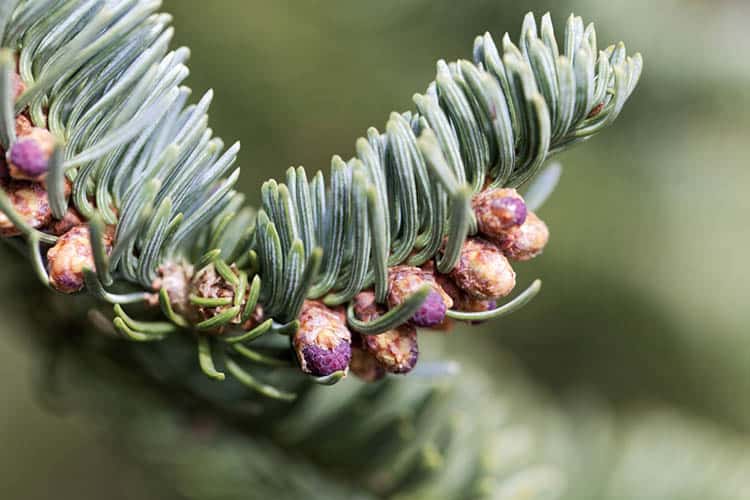 You will find noble fir trees growing in the Pacific Northwest region of the United States. The trees are large and grow up to 180 feet with tree trunk sizes of 5 feet in diameter.

The heartwood is white to reddish-brown, and the sapwood is pale with no differentiation between both regions of the wood. The grain pattern is straight, with a medium-coarse texture. The wood is quite prone to rot and insect attack.

Noble fir is fairly soft and easy to work with a Janka hardness rating of 410 lbf. Although this wood takes stain, glues, and finishes well, it can develop defects while drying.

We use noble fir for making construction lumber, paper (pulpwood), plywood, and other utility wood purposes. 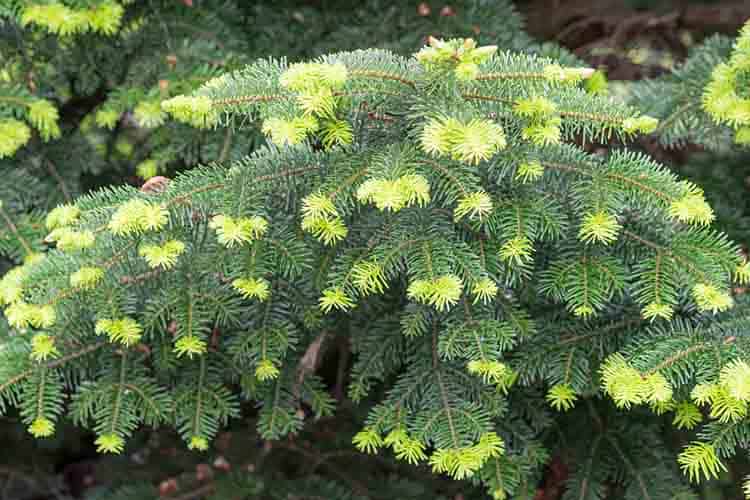 Nordmann fir grows in Eastern Europe and Western Asia. It is also called Caucasian fir, and the name of the wood comes from the 19th-century Finnish scientist Alexander von Nordmann. The trees are high and grow up to 150 feet.

It has a pale heartwood and even more light-colored sapwood. Although Nordmann fir has a Janka hardness rating of 560 lbf. it isn’t very durable or strong. The local population uses it for timber, and it isn’t exported to other countries. Otherwise, Nordmann fir is cultivated for Christmas trees.

We also call this wood silvertip fir. The trees grow in the Sierra Nevada Mountain range in California and southwest Oregon in the United States. These trees are high, growing up to 150 feet, and have trunk diameters up to 5 feet.

The heartwood is either white or reddish-brown, and the sapwood is pale cream, but there’s not much distinction between both. The grain is straight with a medium-coarse texture.

The wood is harder than most firs with a Janka hardness rating of 500 lbf. But the wood isn’t very durable and is susceptible to rot and insect attack. However, it is easily workable by hand and machine and takes glue, stain, and finish quite well.

We use California red fir for construction lumber and other utility wood and pulpwood for making paper and plywood. 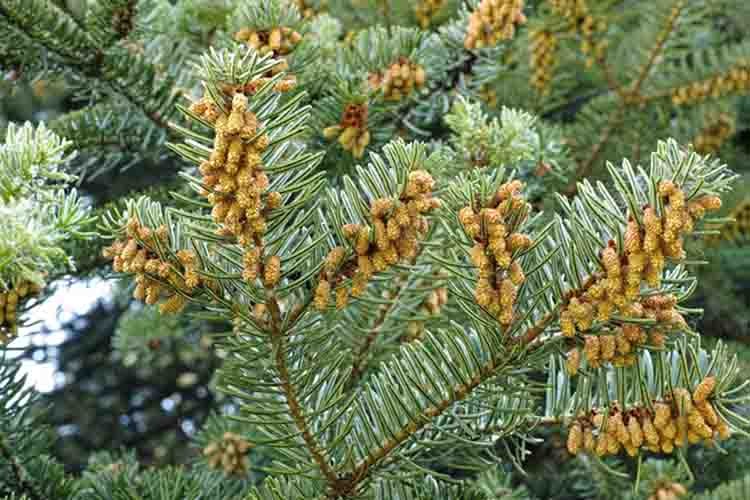 These trees grow in South-Central Europe in mountainous regions. It is a high tree and grows up to 120 feet with tree trunks of up to 5 feet in diameter. The grain is even and fine with long fibers.

The wood is soft and lightweight, with a Janka hardness rating of 320 lbf. It is easy to work with, and we use it for construction lumber, pulpwood, and plywood.

We can consider European silver fir as an Old-World counterpart to the balsam fir of North America. These trees also make ideal Christmas trees for Europeans.

Pacific silver fir trees grow in the Pacific Northwest region of the United States. The trees are extremely high and grow up to 200 feet with tree trunks of up to 3 feet in diameter.

The heartwood is white to reddish-brown with almost equally pale sapwood with no clear boundary between the two parts. Pacific silver fir has a straight-grained pattern with a medium-coarse texture. It is not very durable.

Pacific silver fir is rather soft and has a Janka hardness rating of 460 lbf. But you will find it comfortable to work with using both hand and machine tools. It also takes glues, stains, and paints quite well. 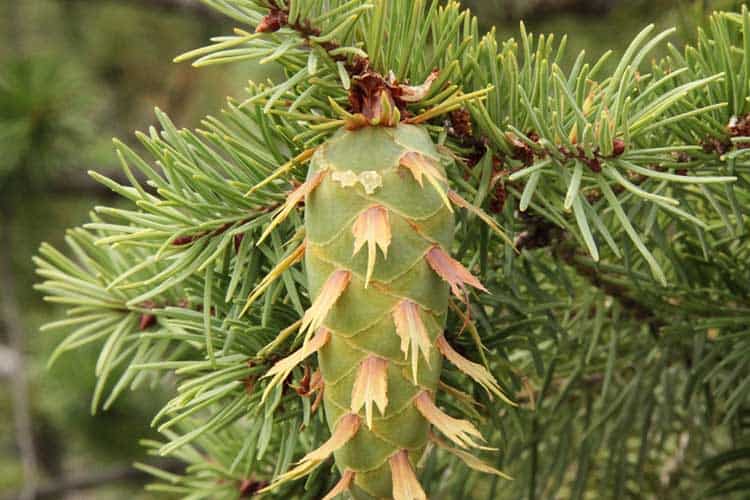 The other name for this type of fir is Subalpine fir. It grows in the western region of North America. The trees grow up to 164 feet. The heartwood and sapwood are pale and not very durable, being susceptible to decay.

We use Rocky Mountain fir for construction lumber, pulpwood, and plywood. 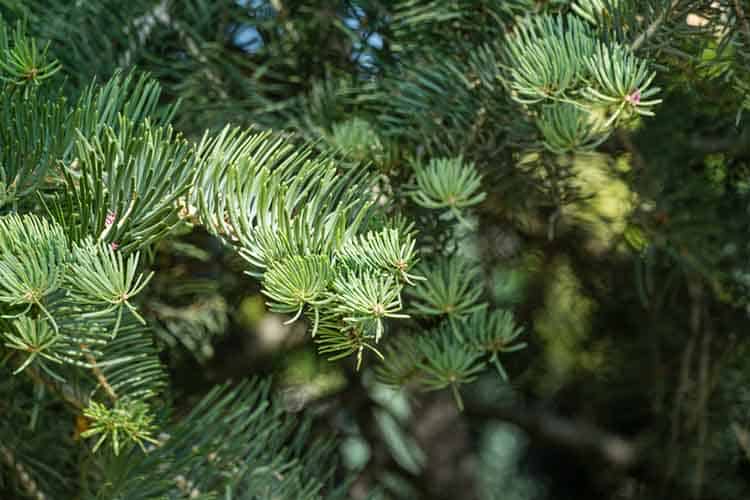 A native of western North America, white fir trees are huge evergreens that grow up to about 250 feet, although the highest recorded height is 267 feet. The tree trunk diameters are up to 6 feet.

The heartwood is pale but darkens to a warm, reddish-brown as it ages. The grain is coarse with a medium texture. It is harder than many other types of fir with a Janka hardness rating of 480 lbf.

White fir is easy to work with by hand or machine tools. We use white fir as construction lumber, paper pulpwood, plywood, and various utility wood applications.

As you have seen here, there is an amazing variety of firs that you can find in the United States. These trees are either native to the U.S. or imported from other countries, some as far as Europe.

With so many different varieties of this wood, it can be challenging to know which one to prefer for woodworking or construction purposes. It is obvious that we usually use fir wood for rough work.

But once you know how to identify it and use it, you can get some good results from the different types of fir wood for your woodworking projects.