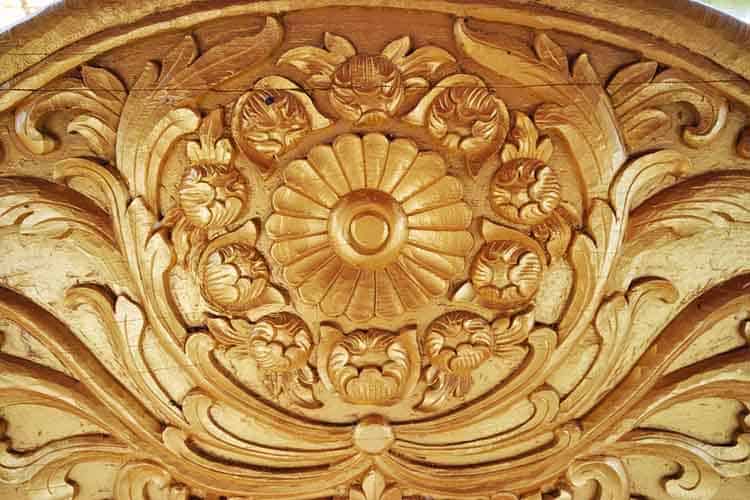 Woodworkers among several other skilled people are some of the world’s best craftspeople. Without skilled workers, architects, engineers and even doctors could not get anything done.

We dedicate this post to craftspeople without which this world would indeed be a different place. Here are some of the best quotes that we curated to honor craftspeople of the world. A point to note – we use the word “craftspeople” to maintain gender equality although we do not change the word “craftsman” within the quotes to retain originality.

“A craftsman knows in advance what the finished result will be, while the artist knows only what it will be when he has finished it.” – W. H. Auden (poet)

“Where you find quality, you will find a craftsman, not a quality-control expert.” – Robert Brault

“To the absolutist in every craftsman, each imperfection is a failure; to the practitioner, obsession with perfection seems a perception for failure.” – Richard Sennett (sociologist)

“All craftsmen share a knowledge. They have held reality down fluttering to a bench.” – Vita Sackville-West (author)

“When a work lifts your spirits and inspires bold and noble thoughts in you, do not look for any other standard to judge by: the work is good, the product of a master craftsman.” – Jean de la Bruyere (author)

“I believe and find in my study of art that the real artist is nine-tenths of the time a craftsman, and it is only in that small one-tenth of the time that he rises to the elevated position of a prophet and a master.” – Gutzon Borglum

“First of all, I’d like to say here the fact that I’m not naturally a craftsman has made me work very hard.” – Beatrice Wood

“I wanted to be considered a good craftsman. I wanted my dresses to be constructed like buildings, molded to the curves of the female form, stylizing its shape.” – Christian Dior

“There are two men inside the artist, the poet and the craftsman. One is born a poet. One becomes a craftsman.” – Emile Zola (novelist, journalist, and playwright)

“He will therefore have to use what knowledge he can achieve, not to shape the results as the craftsman shapes his handiwork, but rather to cultivate a growth by providing the appropriate environment, in the manner in which the gardener does this for his plants.” – Friedrich August von Hayek

“A painter may be looking at the world in a way which is very different from everyone else. If he’s a craftsman, he can get other people to see the world through his eyes, and so he enlarges our vision, perception, and there’s great value in that.”  – Edward de Bono

“If you have a craftsman’s command of the language and basic writing techniques you’ll be able to write – as long as you know what you want to say.” – Jeffery Deaver

“My father was a very good craftsman. He made furniture, he made silverware and he had an incredible gift in terms of how you can make something yourself.” – Jonathan Ive (industrial designer, Apple Inc.)

“As far as the mechanics go, working with other people on received ideas was for me a very interesting technical problem. I can’t say that any of my collaborations engaged my heart, but they engaged the craftsman in me.” – Robert Sheckley

“Stradivarius, in particular, was the most amazing craftsman and one of the great artists and scientists that ever lived because he figured out something with the sound and the science of acoustics that we still don’t understand it completely.” – Joshua Bell

“I grew up in a craftsman’s home, where things were done with our own hands. I did cabinetmaking for four years and I hated it.” – Peter Zumthor (architect)

“I think John le Carre is, at 77, the greatest living writer alive. He is a master craftsman.” – Philip Kerr

“It is a distinct and an honor to work with the august Regina King. I would call her Queen King. This woman is one of our treasures. She’s an actor’s actor. She has craft to burn. She’s a craftsman who knows what she is doing, and she’s got soul.” – Russell Hornsby

“We realised that the safer creative people and craftsmen feel, the better the collection they produce. If they do a better collection, my revenues grow. It is not easy to attach figures, but it is what happens.” – Marco Bizzarri

“One only needs two tools in life: WD-40 to make things go, and duct tape to make them stop.” – G. Weilacher

“Better tools save time; they don’t make you a better craftsman! – Anonymous

“A tool is but the extension of a man’s hand, and a machine is but a complex tool. He that invents a machine augments the power of a man and the well being of mankind.” – Henry Ward Beecher (clergyman and abolitionist)

“The life so short, the craft so long to learn.” – Hippocrates

“Hand-craft signifies cunning, or sleight, or Craft of the Hand, which cannot be taught by Words, but is only gained by Practice and Exercise…” – Joseph Moxon (mathematician)

“It is not enough to know your craft – you have to have feeling. Science is all very well, but for us imagination is worth far more.” – Edouard Manet

“Today everybody is told they have to go to college, they have to get a degree. But I think it’s important that we get the word out that you can support a family, you can make a living in manufacturing without that four-year degree.” – The Detroit News

“The foundation of Ontario’s economy is our skilled workers and innovative companies. Our government will continue its proactive approach to partnering with business and industry, investing strategically to help companies grow and create jobs in this period of economic uncertainty.” – Brad Duguid (politician)

“We all have a vast number of areas in which we have no talent or skill and little chance of becoming even mediocre. In those areas a knowledge workers should not take on work, jobs and assignments. It takes far more energy to improve from incompetence to mediocrity than it takes to improve from first-rate performance to excellence.” – Peter Drucker (educator and author)