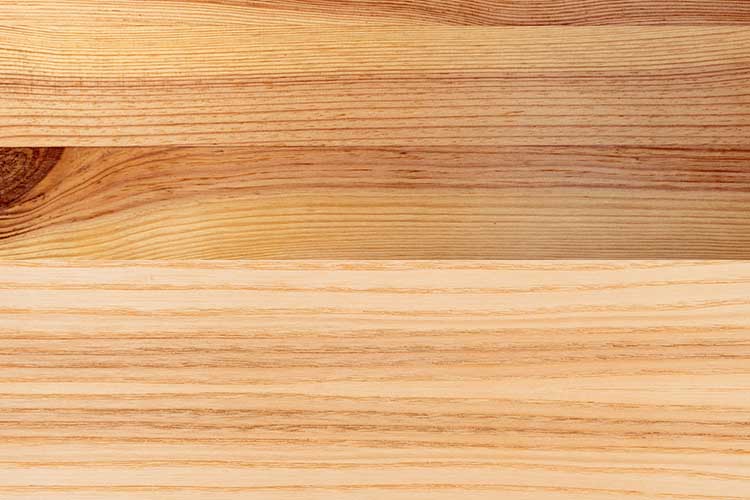 In the northern hemisphere, two species of softwood that are available abundantly are pine and fir. You will find both these types of wood being widely used for lumber to build homes and framed structures and other various woodworking projects. Although both these wood types seem similar, they have some unique features that set them apart from each other. 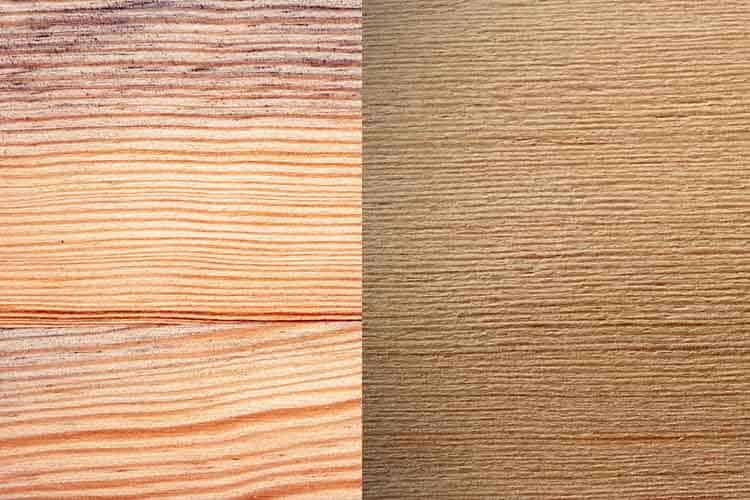 You may come across several different varieties of pine, but the commonest ones are sugar pine and southern yellow pine. Sugar pine is prevalent in the western region of the United States. It has an appealing look thanks to its light brown heartwood and creamy white sapwood. It plays a prominent role in making packing boxes and crates due to its strength and dimensional stability. The downside of sugar pine is its low resistance to rot and insect attack.

You will find southern yellow pine abundantly in the north of the United States. It is relatively stronger and more durable than sugar pine. It also dries and glues well, hence it is well-suited for building material to build houses, bridges, and even railroad ties and poles.

Coming to Douglas fir or Doug-fir as it is commonly called, it is one of the most widely-used lumber that you can find. Architects and engineers favor this wood because of its dimensional stability, its remarkable strength-to-weight ratio, and durability. It also takes nails and screws extremely well and possesses a high degree of weather resistance. Now, let’s move on to the specific features of both types of wood. 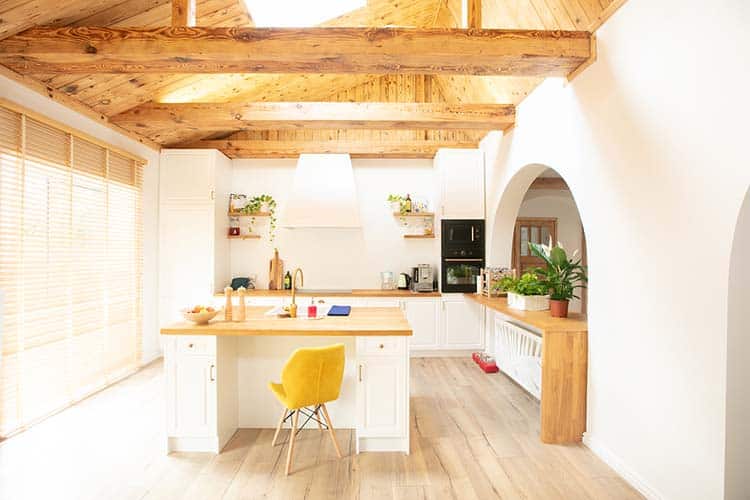 We consider pinewood a softwood, making it softer than many types of hardwood. You will find pine trees all over the world as well as across the United States. It displays a considerable stiffness and resistance to shock, making it a preferred choice for making furniture and using it as a building material. You will find pinewood easy to work on due to the softness of the wood.

Traditionally, colonialists used pine to construct their homes as it was the commonly-available lumber at the time. Through the ages, preferences shifted to other more exotic and perhaps more robust varieties of wood. However, pinewood is fast gaining popularity again today due to its rustic looks and sustainability. 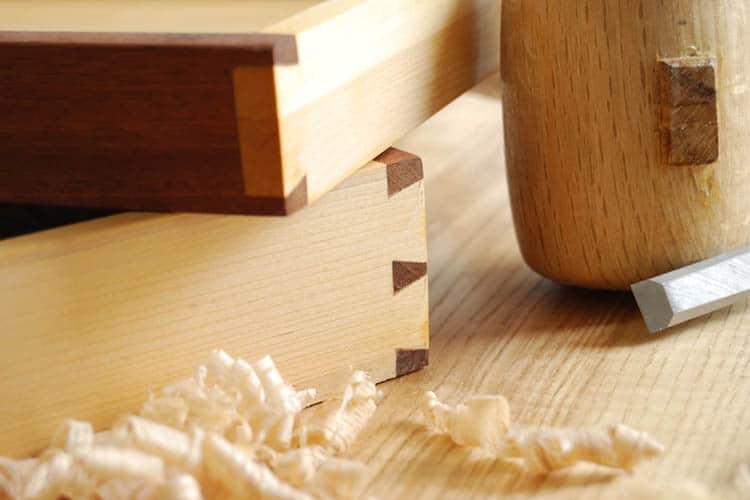 As we mentioned above, Douglas fir is a naturally strong type of wood which makes it the favored choice for using to build heavy structures like posts and beams. It plays a vital role in building and construction and you will find its resistance to abrasion particularly useful when using it for flooring.

You will also find Douglas fir commonly used for making doors, windows, millwork, veneer, cabinets furniture, transmission poles, and structural beams. Because of its strength-to-weight ratio, it is also a suitable variety of wood for building boats and ships.

Pine can be distinguished by its light color, punctuated with dark knots. It is a look that many people prefer, but others do not. The advantage of pinewood’s light color is that it matches most backgrounds in homes with the furniture and wall colors.

Douglas fir on the other hand comes in a wider range of colors. The sapwood is light and you will get a yellow to reddish-brown from the heartwood. Then, there is a marked difference in appearance between earlywood and latewood, the latter being significantly darker. The wide color range combined with the straight, non-porous grain makes Douglas fir an attractive variety of wood to use.

Pine exhibits a fair degree of resistance to shock making it reduce the effects of damage through impact. Although pine tends to be less prone to shrinking and warping, Douglas fir is significantly better in this aspect. It will not resist insect attack unless treated with suitable chemicals. Thus, you need to consider all these factors if you want to use pinewood outdoors.

Douglas fir has a less tendency to absorb moisture, and it is quite flexible when subjected to force. Thus, it is also less prone to warping and twisting, making it far stronger than pinewood. Douglas fir has medium weight when compared to other coniferous woods, and resists rot adequately but not adequately against insect attack. Treating the wood will enhance the durability considerably to make it suitable for outdoor use. 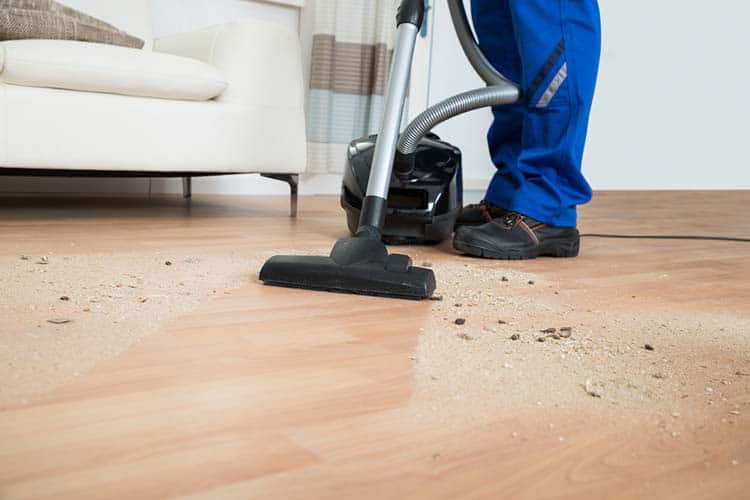 Pinewood scratches easily and develops a patina on its surface over time. If you are OK with the aged, distressed look, then you can leave it as it is. Otherwise, you need to sand down the surface and refinish to restore your furniture to its original condition.

Douglas fir requires a similar maintenance routine. You can easily keep your pinewood and Douglas fir surfaces in prime condition by following these simple steps:

Both pinewood and Douglas fir are easily available and fairly strong and durable types of wood. Douglas fir has a sight edge over pinewood in terms of durability and hardness, hence tends to be more expensive than pine. But both of these types of wood are considerably cheaper than many other softwoods and most hardwoods as well.

Here again, both types of wood come under the category of sustainable wood. Pine is well-known for its rapid rate of growth, which enables timely replenishment of forests. Douglas fir enjoys a similar status when it comes to sustainability. Thus, you can use either of these wood types if you want to be sure of using sustainable wood for your home or woodworking projects.

So, it may often boil down to the look that you want to achieve by using either of these types of wood. And of course, pinewood is cheaper than Douglas fir. Hence, your choice will depend on your specific requirements.