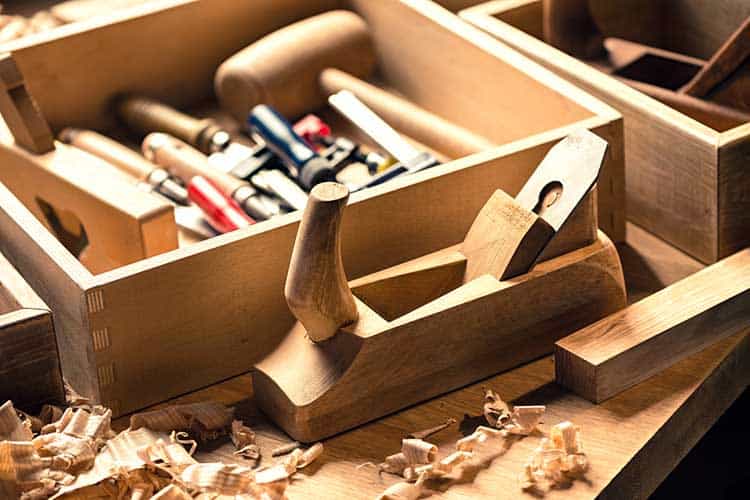 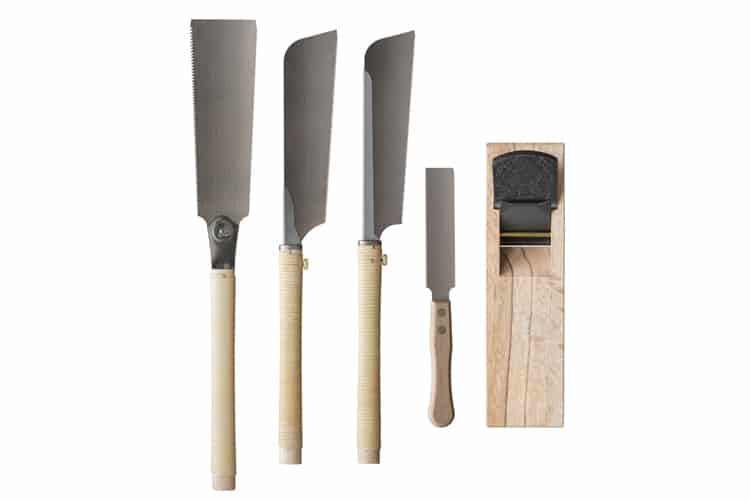 The Japanese have always set themselves apart from the West in all aspects of life and their culture. Japanese woodworking is similarly unique in that it has a different approach to woodworking than the western style.

Western woodworking is not accompanied by specific philosophies. Japanese woodworking on the other hand considers that they do not use wood merely for utilitarian purposes. The Japanese woodworker gives the wood a second life, a rebirth in the form of various wooden objects.

The most appropriate ways of comparing the two styles of woodworking are through the techniques and tools used. So, let us consider each aspect individually.

Here are a few prominent joints of Japanese woodworking: 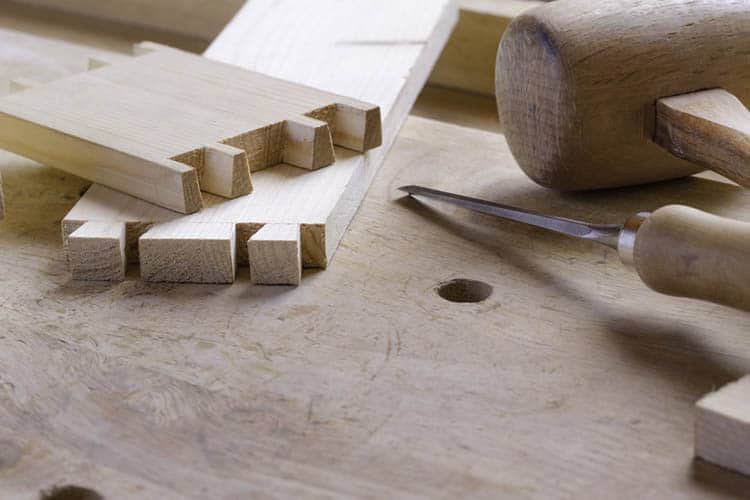 The Japanese dovetail joint is quite similar to that used in the western style of woodworking. The main difference here is that the pins and tails fit so seamlessly that there is no need for glue, nor is there any space to accommodate it.

The Japanese dovetail joint is a joint in Japanese woodworking that you can pull apart after fitting. But with Japanese woodworking, these joints are extremely tight and are made in a high precision manner. This type of joint eliminates the need to use screws and bolts. 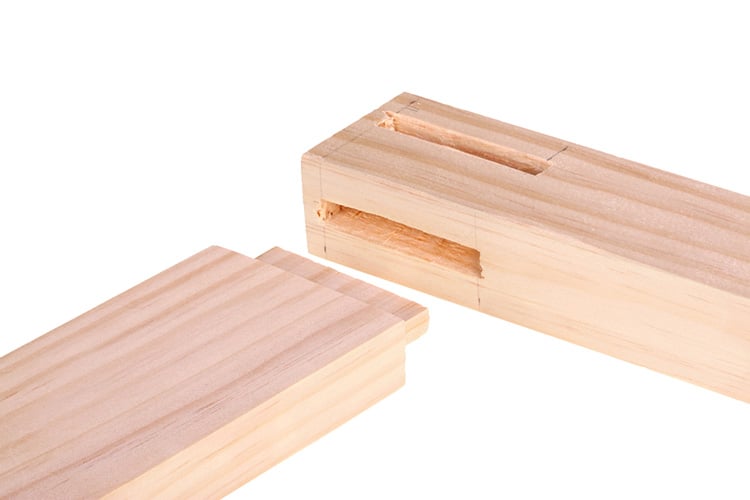 The mortise and tenon joint is common to both the Japanese and western styles of woodworking. This type of joint comprises a square or rectangular peg that fits into a similarly shaped hole.

The Japanese mortise and tenon joint looks the same as its western counterpart but the woodworker uses no glue or nails in the joinery. Also, the Japanese version is much more precise and tight-fitting.

The Sampo-Zashi joint is a combination of the mortise and tenon and a dovetail. It is extremely precisely made down to the last millimeter. It is the type of joint that only experts can make.

You will find the Sampo-Zashi joint in houses and large temples. It is unique to Japanese woodworking and you will not find its equivalent in western woodworking joints. 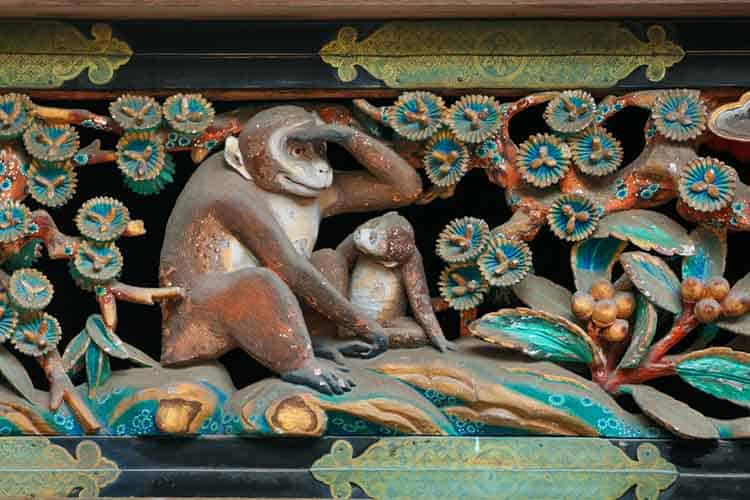 The most significant aspect of Japanese Enami wood carving is that you don’t need to use files. It is a highly tedious and time-consuming form of wood carving. You can find typical samples of this style of wood carving in the numerous temples across Japan.

Japan Enami sculptors use only chisels and knives to create their intricate wood carvings. This form of wood carving can perhaps be compared to some extent to whittling with a knife but intricately more intricate and exquisite.

In Japan, you can find several traditional wood carving workshops in Nanto City even today that follow the Japanese Enami style of wood carving.

While discussing Japanese woodworking, the lacquering techniques they use are something worth mentioning. The finishing for furniture and wood carvings is done by applying lacquer.

The method of Japanese lacquering is not merely spreading a coating of lacquer over the carving or the furniture surface like in the western style of lacquering.

In Japanese lacquering, you have multiple steps where the raw lacquer is filtered and a whetstone serves the purpose of final polishing to bring out the wood grain. You can see one such polishing method in the Kujro technique.

The process of Japanese lacquering is so elaborate that as many as 33 stages and as many days can be part of the lacquering process with some lacquers.

With this in mind, here we take a closer look at Japanese saws, planes, and chisels and compare them to those used in the West.

The primary benefit of the pulling action of the Japanese saw is that you can use much thinner blades. It results in high-precision cuts. Here are a few of the prominent Japanese saws. Each one serves a specific purpose.

It is essentially a backsaw. We can translate the word “Dozuki” as “attached trunk.”  It alludes to the stiffening strip behind the tool.

This double-edged saw has a cross-cutting blade and a ripping blade on either side respectively.

The azebiki is a miniature version of a ryoba and it helps to cut on a flat surface because the blade has a convex curve.

This is a kind of a keyhole saw that allows you to cut in a curved direction.

The Japanese call their plane Kanna. It has basic parts similar to a regular western plane. The main difference is that the body is made of wood.

The Japanese chisel is a very specialized and intricate tool. It serves the same basic purpose as western chisels, that is to chip wood. However, the Japanese chisels are much more precision-oriented.

You can have a range of about nine to ten Japanese chisels. Each has an allocated name in Japanese. A major difference between Japanese and western chisels is the width.

The primary difference between Japanese and western chisels is the blade material. The blades of Japanese chisels are composed of blue or white steel. The quality of the steel is significantly superior to western chisel blades.

We have highlighted the difference between Japanese and western woodworking. As you can see, the Japanese style of woodworking is different from the western style in so many different styles and levels.

The difference is not only in the tools and techniques used but in the approach and philosophy in each style. You may not get an opportunity to learn Japanese woodworking, an art that has been passed on from generation to generation.

However, you can study the method and take some of the best practices from Japanese woodworking and try them out in your day-to-day woodworking projects.