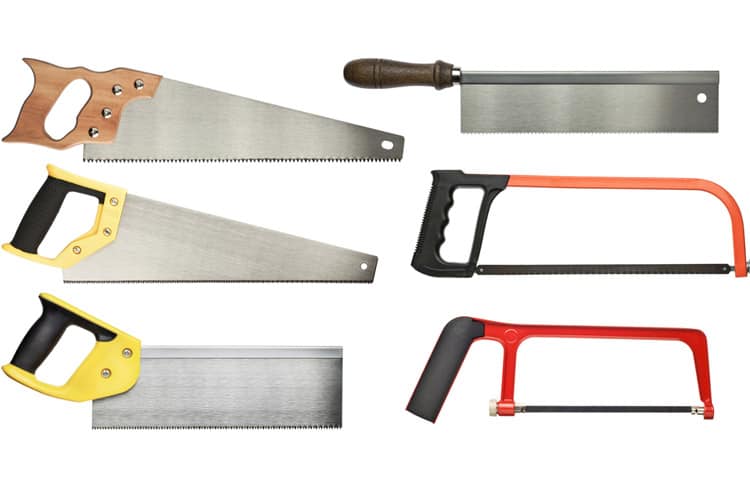 Handsaws and Hacksaws are two of the common tools used for woodworking and construction projects. They are similar in many ways, but they do have some distinct differences. Handsaws cut wood whereas, hacksaws cut harder materials such as metals and plastic. Plastics are also quite dense and difficult to cut with an ordinary handsaw.

A handsaw is a handheld saw. You hold the saw in your hands, and use your muscles to move it back and forth. A hacksaw is a special type of handsaw that also relies on the user’s movements to function. The hacksaw has a bow-shaped frame with a fine-toothed removable blade in between the bow.

Evolution of the Handsaw 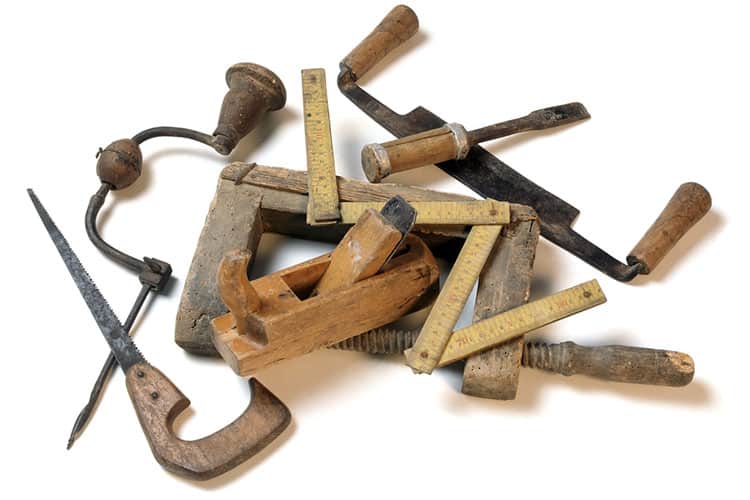 Archeologists discovered metal hand saws from around 1500 B.C in Ancient Egypt and Ur in ancient Mesopotamia. They discovered handsaws made from flint in southern France and also found many stone handsaws in Europe.

Handsaws first evolved with the Japanese. So, here is a brief account of the history of the handsaw as the Japanese developed it:

People discovered iron during this period. They started making tools of iron instead of stone.

People made the first handsaws during the fourth century. Archeologists found dozens of hand saws made during this period. These saws were not for cutting wood. The people of that period used them like sharpening files to make accessories.

The introduction of Buddhism in Japan during the sixth century, in the Asuka Nara period, had a great impact on woodworking tools. Rip-cut saws replaced cross-cut saws during this period.

The Ooga was the first rip-cut saw introduced during the mid-Muromachi period in the 15th century.

With the demand for more architectural structures, the Japanese kept improvising on their saws. They changed the structure of the saws. They also introduced different types of saws like the Kagari and Maebiki.

Sometime during the 17th century, people introduced different types of saws – each one for a specific purpose.

During this period western influence crept into Japanese architecture. The Japanese made double-edge saws with rip teeth on one side and crosscut teeth on the other. These saws became very popular.

The popularity of the handsaw increased from the Taisho period to the Showa period.

Around this time, people shifted from hand-made saws to mass-produced saws with replaceable blades.

Japanese woodworking saws are recognized all over the world today. Many western woodworkers use them along with their western handsaws for their woodworking projects. 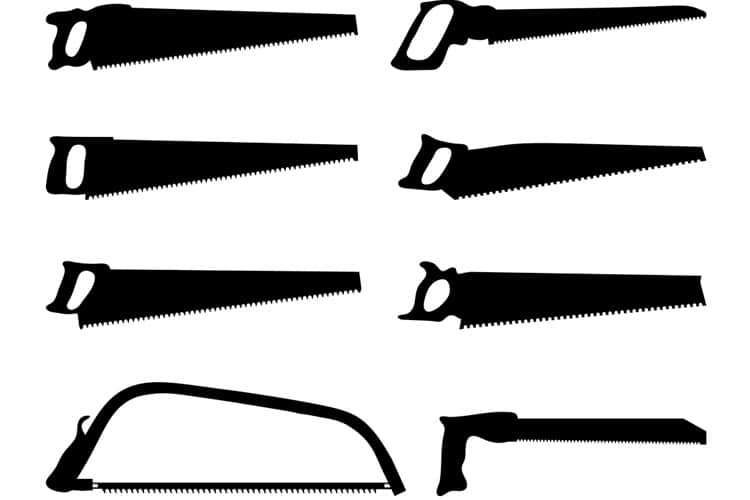 We use the modern handsaw to cut softwood, hardwood, and plywood. But there are advanced variants to cut certain woods. A typical handsaw has a wide, permanently fixed blade. It has about 7- 10 teeth per inch (TPI). The teeth of the blade are designed for cross-cutting or rip-cutting.

The type of blade teeth depends on whether you cut across the grain (crosscutting) or along the grain (rip cutting).

Nowadays, modern handsaws have universal teeth which we use to make both types of cuts.

A special feature of the handsaw is its closed handles. This type of handheld handle enables you to cut faster and more efficiently. This saw cuts on the push rather than the pull as is the case with Japanese handsaws. It also prevents your hand from coming in contact with the blade while sawing.

The wallboard saw, pull saw, coping saw, crosscut saw, rip saw, bow saw, fret saw, and backsaw to mention a few. The Japanese  handsaw has a push-strike movement, and cuts with small sharp teeth. We use the keyhole saw and veneer saw for small, fine work.

After you recognize their specifications, you can decide which handsaw will suit your requirements.

Like the handsaw, the hacksaw is also a manually powered, handheld tool used for sawing. The common hacksaw is fine-teethed and set in a bow-shaped frame. The frame enables you to hold the hacksaw while working. The blade cuts on the push rather than the pull.

Hacksaws cut metals or something stronger and harder than wood. A hacksaw cuts steel rods, pipes, metal, plastic. You can also use it to cut polyvinyl chloride (PVC), and other softer materials.

One important feature of the hacksaw is its blade attached to the frame using nuts. This makes the blade easy to replace.

There are four sub-categories of hacksaws. These are the full-size hacksaw, the junior hacksaw, the mini hacksaw, and the power hacksaw.

Differences Between Handsaws and Hacksaws 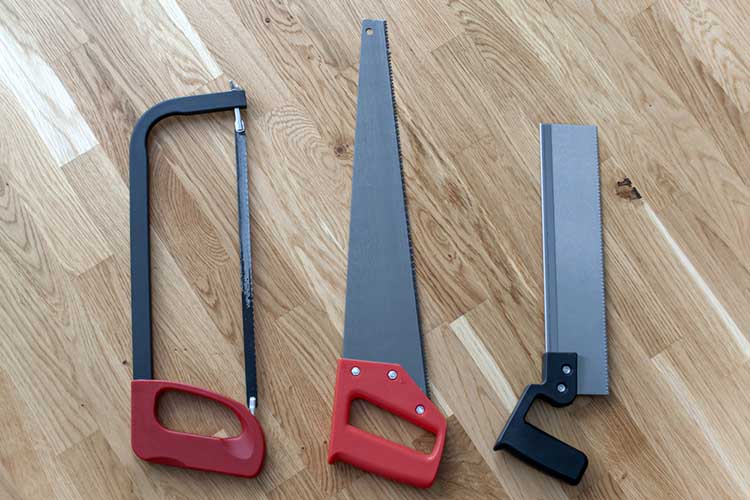 Woodworkers use handsaws primarily to cut wood; the hacksaw cuts tougher materials like metal and plastic.

The handsaw has a closed handle that is permanently fixed. The hacksaw’s blade is detachable and replaceable due to how it is fixed to the frame. The frame of the hacksaw also acts as its handle.

Depending on the material they are designed to cut, their blades differ in thickness. The blades used in a handsaw are thicker. The blades of a hacksaw are thinner as they cut through metals and other materials.

You can sharpen handsaw blades, but you need to replace the hacksaw blades quite often as you cannot sharpen them.

Handsaws and hacksaws are convenient tools. But if you use them carelessly, it is dangerous. So, whether it is manual or automatic, whichever handsaw or hacksaw you buy, use it following all the safety measures. Of course, the deciding factor in determining which saw to use depends on the material you cut.

Whichever type of saw you use, handsaw or hacksaw, you will find them an indispensable part of your woodworking toolkit. Collect a good collection of hacksaws and handsaws for creating some great woodworking projects.