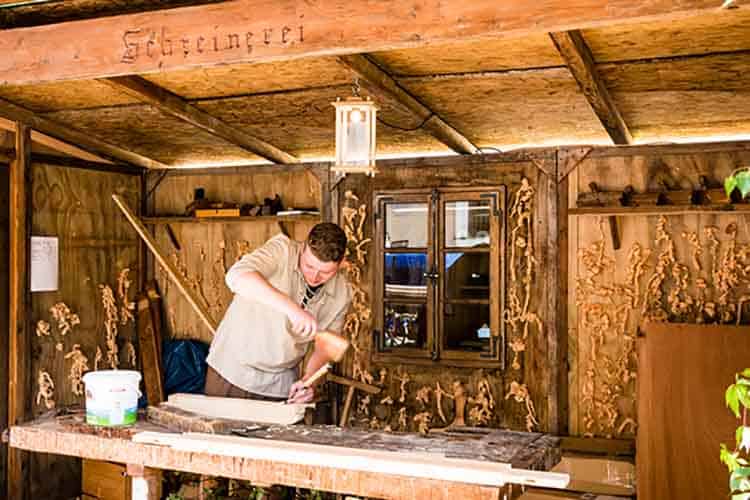 Working with wood always holds a certain degree of fascination. Wood is an interesting material and it requires special skills to work on it. Woodworking is as popular today as it was in ancient times.

It has a long history and along with that long history comes names of certain famous woodworkers who made a mark in woodworking.

Famous woodworkers always hold an interest for people, especially for those who made or continued to make interesting woodworking articles. There are hundreds and thousands of woodworkers in the world today engaged in different branches of woodworking. But there are a few woodworkers who have made a name for themselves and they are worth mentioning. 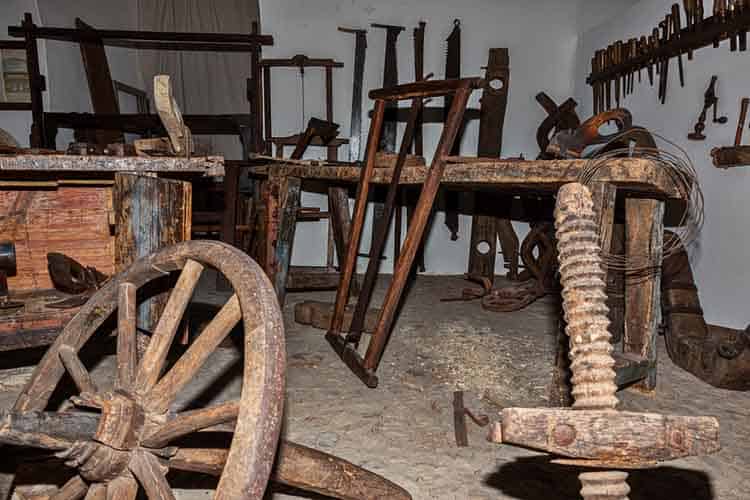 Woodworking traces its origin to ancient times. You could say that one of the most familiar names in the history of woodworking is Joseph, the father of Jesus. If you look even further back, you will read in the Bible about the ark that Noah built. It is one of the earliest and greatest woodworking projects undertaken by a single man.

Coming to later times, we see the work of woodworkers as early as 2000 B.C. in Egypt. Archaeologists recovered many woodworking items from ancient Egypt. They excavated artifacts like inner coffins and woodworking tools from archeological sites. Also today, you can see many pictures recovered and displayed in museums.

The earliest documented record of woodworking we could say is in 771 B.C. in ancient China. The theory is that woodworking tools evolved there. Then, we come to the later years, still a long time ago.

In ancient Rome, wood played a role as a prime building material and the Romans used it used to make many household items. We are all familiar with the chariots used in ancient Rome for transportation and racing. Wooden chariots feature in movies like the 1959 Charlton Heston starred, Ben-Hur.

Woodworking in the Later Years

Alvar’s furniture designs come under the classification of Scandinavian Modern. He was very involved in wood and did a lot of technical experimentation. Alvar received multiple patents for wood bending processes. He occupies the honor of having invented bent plywood furniture.

Norm Abram is an American woodworker who has worked with wood since the age of nine when he used to help his father who was a carpenter. Although he studied mechanical engineering, it did not interest Abram.

Abram also tried his hand at business administration, but eventually realized that he was a person who enjoyed working with his hands more, and began to work on woodworking projects.

After a short stint with a construction company for about three years, Abram started his own woodworking business in 1976. He became a renowned woodworker and even featured on television shows like This Old House and The New Yankee Workshop during the 70s and 80s.

Abram is a celebrity worker today and has many contributions in the world of woodworking to his credit. He received an award from the American Academy of Ophthalmology in 2009 for his commitment to eye injury protection.

John Boson was a cabinet maker and carver who lived in the 1700s. Records exist of his first job in 1725 when he did carvings for St James’s Square in London. He worked on several churches and he is well-known for carved chimneypieces.

Boson is also believed to have done carvings for many other well-known landmarks in and around London.

Wharton Esherick was a sculptor who contributed beautiful creations in the early 1900s. He was also an artist and a painter. Esherick started his woodworking career by making beautiful frames for his paintings in 1920.

Esherick’s style comes from the concepts of Organicism and Cubism. These angular and prismatic shapes are what characterizes the work of Wharton Esherick. His work is on display in various museums across the United States today.

Chippendale was a cabinet maker who lived in England in the 1700s. He published his designs which have been well-preserved over the years. Chippendale furniture is an internationally-renowned style of furniture. In 2008, a padouk cabinet sold at an auction for £2,729,250.

Thomas Chippendale is probably one of the most acclaimed woodworkers of all time. His style of furniture enjoys popularity even hundreds of years after its creation. Most of Chippendale’s furniture comes in Mahogany, Chippendale’s favorite wood, and he preferred solid wood to veneer.

The book of design published by cabinet maker Chippendale entitled The Gentleman and Cabinet Maker’s Directory is today regarded as the first proper trade catalog from that period.

It is also interesting to note that Chippendale was not just a cabinet maker. He also specialized in interior design and many other aspects of interior décor. If Chippendale had lived in today’s era, he would have received several awards which were something that was not offered way back then.

Coming to more recent times in woodworking a name worth mentioning is Sal Maccarone. Other than being a sculptor, Maccarone is also a designer, kinetic artist, and author.

The world knows Maccarone best as a master craftsman. His several published books enjoy international acclaim such as How to Make $40,000 a Year Woodworking and Tune Up Your Tools.

In addition to his books, Maccarone is the author of several articles on woodworking that appear in well-known industrial journals and national magazines.

Other than sculpting, Sal Maccarone contributed greatly through his furniture appearing in several TV shows. His woodworking creations feature regularly in reputed magazines.

Today, Maccarone is a member of the American Institution of Conservation and champions the cause of the conservation of furniture.

Although we tend to consider woodworking as a man’s domain, you will be surprised at the number of women who have entered the field of woodworking today. In the early days, such as during the 18th and 19th centuries it was a rarity to see a female woodworker.

However, we bring you a few interesting accounts. Here are a couple of names that come to the fore:

One of the most prominent names that come to mind is Greta Hopkinson. She lived during the 18th century and was the daughter of a British civil engineer. Greta went to school in Manchester and Dorset. She studied medieval languages at Cambridge, being one of the youngest women to graduate from that university.

Greta Hopkinson worked as a secretary for The New Statesman from 1928 to 1929. She was one of the sole women sculptors of her time. Her sculptures enjoyed high acclaim across England during that era.

Greta’s work comes highly recommended even today. Her work was featured in the Southampton Art Gallery Exhibition in 1977. In the early 90s, her work was also showcased along with the Royal Academy painter Barry Peckham.

Although female woodworkers were rare way back then, here’s another example. In 1842 an anonymous book appeared entitled The Handbook of Turning. Later, a miss Gascoigne claimed to be the author of the book.

Miss Gascoigne (whose first name is unknown) was apparently a wealthy woman who came from a powerful family. Due to the high standing of miss Gascoigne’s family, her husband took her surname when they married.

Today women are more emancipated than in the early days. Many women have taken up woodworking as a full-time occupation. Many names such as Alma Rosa, Jen Woodhouse, Anna White, and Anika Gandhi feature as prominent female woodworkers of this era.

You can read more about famous female woodworkers – that are now popular on youtube and social media.

Woodworking is indeed a fascinating field. Today, every other home has a woodworker hobbyist, male or female, who loves to dabble in this interesting art. Some of these people enjoy prominence and respectability in their field due to their high degree of talent and skill.

We hope that you find this post of famous woodworkers (past and present) an interesting read and if you are a woodworker, it will inspire you to forge ahead as these people have done.